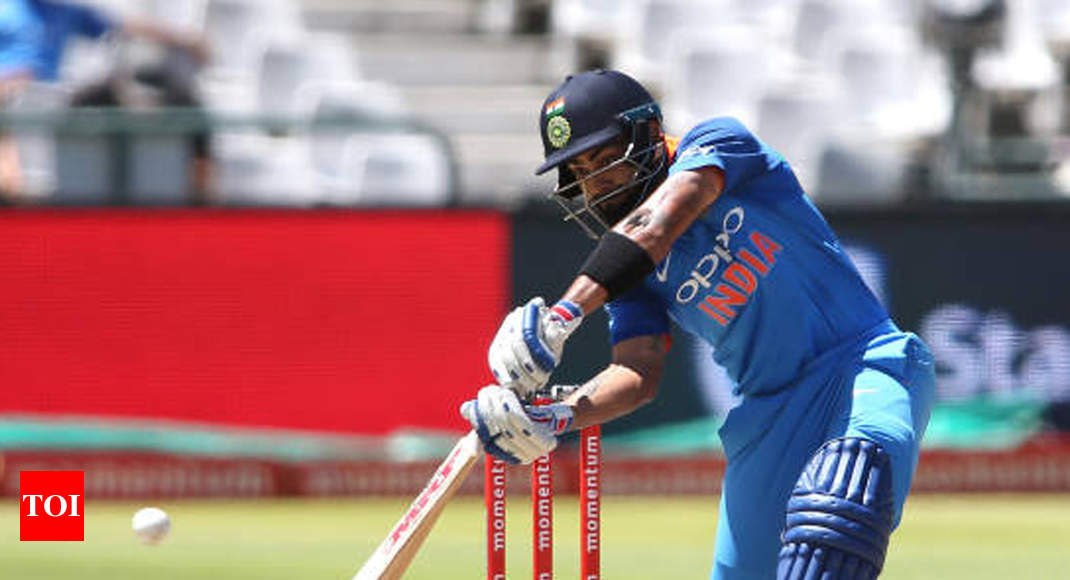 NEW DELHI: Indian skipper Virat Kohli created a world record of scoring the fastest 2000 runs in Twenty20 Internationals. The 29-year old batsman achieved the landmark in the first T20I against England at Old Trafford in Manchester on Tuesday.

Kohli features fourth in the list of most runs in T20Is behind New Zealands’ Martin Guptill, McCullum and Pakistan’s Shoaib Malik. Guptill’s 2000 runs came in 68 innings while Malik played 92 innings to get to the milestone.

Indian opener Rohit Sharma is also on the verge of completing 2000 runs in Twenty20 cricket as he is just 19 runs away from the feat and looks all set to achieve it with two T20I matches remaining in the series against England.

India went on to register a convincing eight-wicket victory over the hosts courtesy KL Rahul’s unbeaten 101 off 54 balls. The right handed batsman’s second Twenty20 hundred was studded with 10 fours and five sixes.