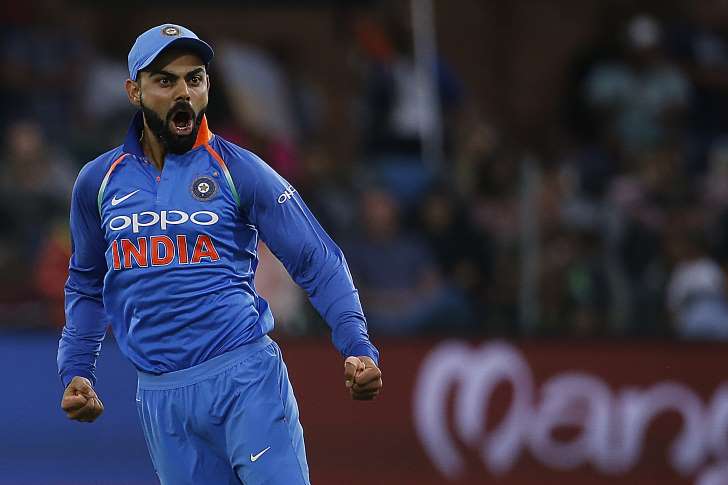 India captain Virat Kohli described his team’s 73-run win in the 5th ODI against South Africa as a “complete performance”. The win enabled India to take a winning 4-1 lead in the six-match series, their first success in seven bilateral or multi-team series in South Africa. Kohli, however, vowed no let ups in the final ODI of the series. “We want to win 5-1 but there might be a scenario to give a few (other) guys a chance.” Kohli said with the series won using only 12 of India’s 17-man squad. “It’s a wonderful feeling to have created some history. The guys really got stuck in, with the bat and the ball and in the field as well.” Kohli said praising the effort of his team.

Rohit Sharma ended a personal South African hoodoo and set up a series win for India. The Mumbai batsman’s 115 was his first major innings in three tours of South Africa.

Hashim Amla played a measured innings of 71 and shared partnerships of 62 with David Miller and 39 with Heinrich Klaasen. He was run out by a direct hit from Pandya, effectively ending the home team’s hopes.

He said he had ensured that he stayed in a good frame of mind despite not making big scores.