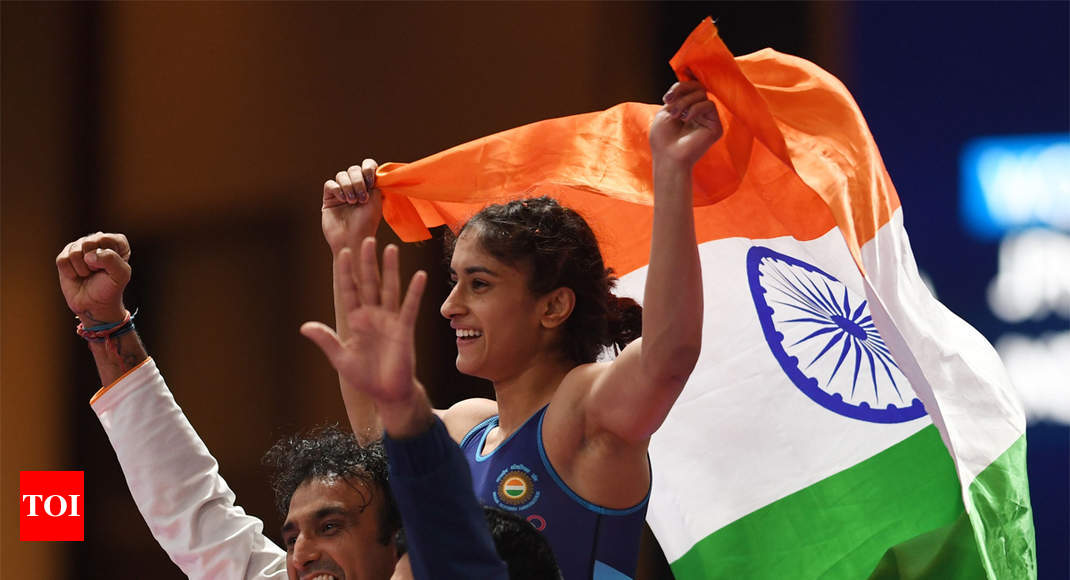 JAKARTA: Vinesh Phogat on Monday created history by becoming the first Indian woman wrestler to win a gold medal at the Asian Games, brushing aside her rivals with remarkable ease in the 50kg category here.

Vinesh was a medal-favourite in her category and was likely to face stiff competition from Japan’s Yuki Irie whom she outplayed 6-2 in the final.

It is surely a ground-breaking achievement for the 23-year-old firebrand Haryana wrestler, who is connected to Dangal-famed Phogat family.

Putting behind her heart-breaking loss at the Olympics two years ago, Vinesh began her victorious campaign with a revenge win against Chinese Yanan Sun against whom she had suffered that terrible leg injury which cut short her journey in Rio.

This time Vinesh did not give her opponent any chance and came out a dominant winner with a 8-2 score.

In the next bout she brushed aside the challenge of Korea’s Hyungjoo Kim by technical superiority. She ended the bout with a four-point throw.

Vinesh’s semifinal lasted just 75 seconds as she moved into the final with a ‘fitley’. She was already up 4-0 and then rolled over her opponent thrice with leg-lock.

The gold also enabled Vinesh to achieve another feat as she became the only woman wrestler to win two medals in back-to-back Asian Games.

Vinesh had earlier won a bronze medal in the 48kg category at the 2014 Incheon Asian Games.