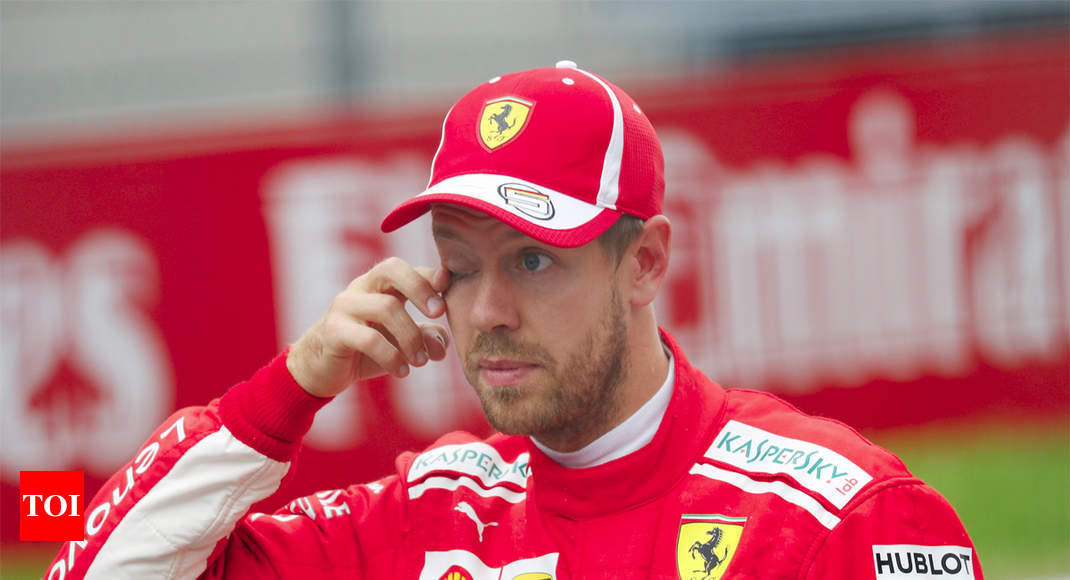 Vettel had qualified in third place on Saturday, behind the two Mercedes of polesitter Valtteri Bottas and championship leader Lewis Hamilton.

The German, whose bid for a fifth crown petered out last year in mistakes and misfortune, had already been facing questions about whether he was making too many errors to win the championship.

In Azerbaijan in April, he locked up and ran wide while making a lunge for the lead, as the safety car came in, and finished fourth.

At last weekend’s French Grand Prix he collided with Mercedes’ Valtteri Bottas at the first corner, collecting a five second penalty for causing the accident.

Although he battled back to fifth, Vettel could have been on the podium at Le Castellet instead of losing the overall lead to Hamilton, who now has a 14 point advantage and every prospect of increasing it.

Mercedes team boss Toto Wolff, who had Bottas on pole at Spielberg and Hamilton alongside, understood why Vettel was facing such questions.

“In order to win a championship you need to be as fast as possible, as reliable as possible and with the least errors,” he told reporters after the stewards had announced their decision.

“Sometimes it is difficult to put of all these things together. Sebastian’s biggest strength is certainly his ambition but sometimes, like in Le Castellet, it went against him.

“Every team is aware that you need to get out of the way in order not to have a penalty, and all drivers are instructed by their engineers about what is happening behind them.”

The stewards summoned Vettel and Sainz half an hour after qualifying had ended and found the Ferrari driver had unnecessarily impeded the young Spaniard.

“This was confirmed by the driver of car five who stated he was unable to see car 55 in his mirrors and that his team had not informed him of its approach, by radio.”

The officials said Vettel should not have been going so slowly on the racing line, since he was aware of the problem with his mirrors.

“I’m sorry for Carlos,” Vettel said on the Ferrari website. “It was never my intention to ruin his lap.”