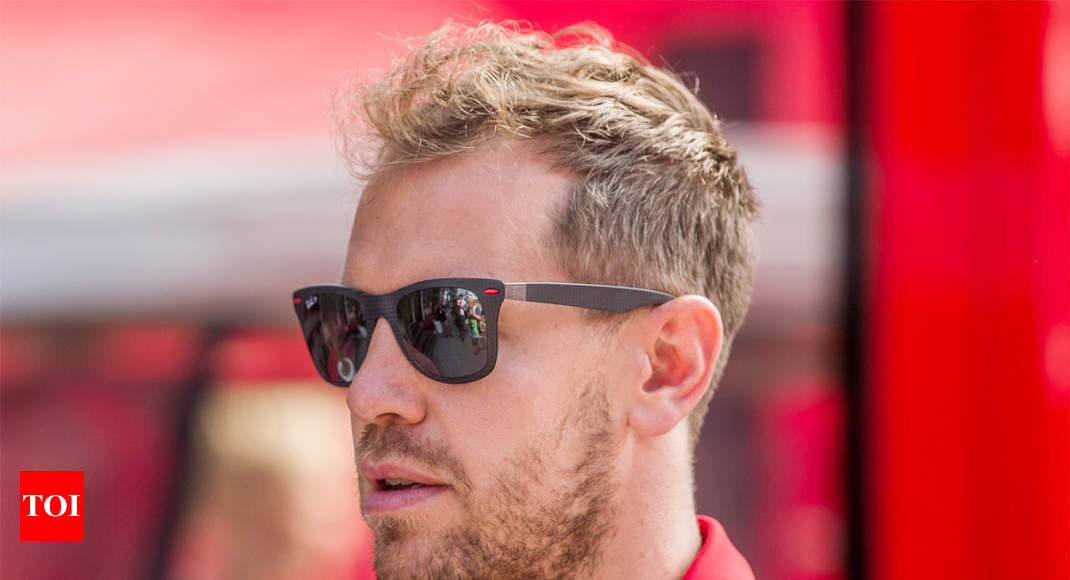 BUDAPEST: Sebastian Vettel bounced back after his embarrassing ‘home’ exit last Sunday by outpacing both Red Bulls to top the times for Ferrari in Friday’s second practice for this weekend’s Hungarian Grand Prix.

In a car that carried a black diagonal stripe in memory of his team’s former chairman Sergio Marchionne, who died earlier this week, the German delivered consistent speed in stifling heat at the Hungaroring.

He crashed out of last weekend’s German Grand Prix after leading until a rainstorm created treacherous conditions in which title rival Lewis Hamilton excelled as he stormed to victory from 14th on the grid.

Vettel acknowledged that he had to overcome some emotional and mental strain when he said: “It is best for me to get in the car and do what I have to do — a lot of work is best and to get your head away and work and not think of anything else.”

The German, who trails fellow-four-time champion Hamilton by 17 points in the title race, added that he was happy with his day’s work.

“It has been one of our better Fridays,” he said.

Max Verstappen was second fastest ahead of his Red Bull team-mate Daniel Ricciardo, Kimi Raikkonen in the second Ferrari and Hamilton, who was fifth ahead of his Mercedes team-mate Valtteri Bottas.

Romain Grosjean was seventh for Haas ahead of Carlos Sainz of Renault and Pierre Gasly of Toro Rosso and Esteban Ocon of Force India.