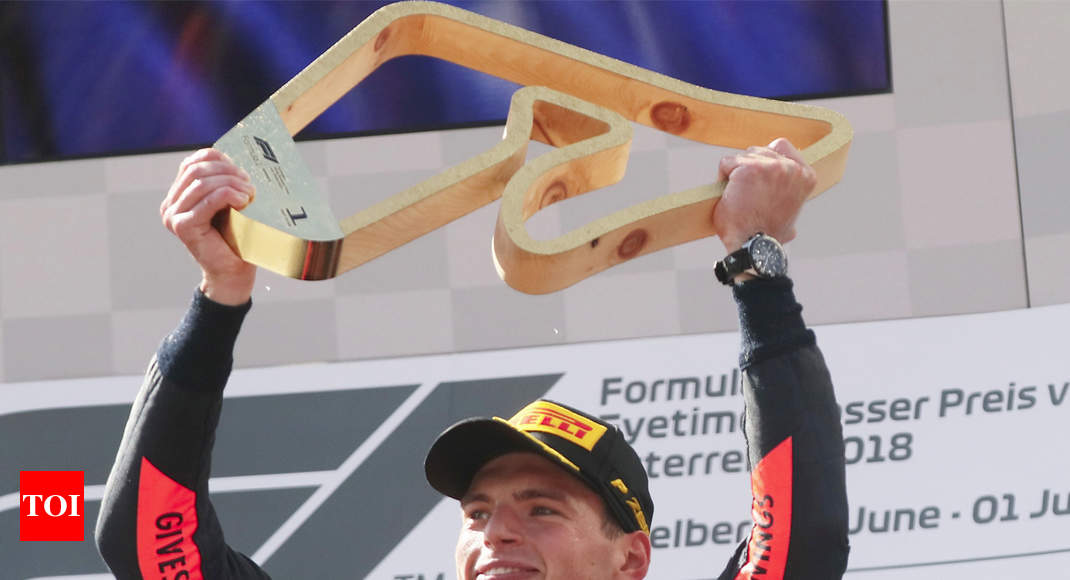 The victory was the 20-year-old Dutch driver’s first of the season, fourth of his career, and came in front of an army of orange-shirted fans packing the grandstands and then flooding onto the track at the finish.

Kimi Raikkonen was a close second, with teammate Vettel third to claw back the overall lead by a single point from Hamilton, their Mercedes rival whose record run of 33 successive scoring finishes came to an end.

“It was amazing, very hard to manage the tyres, lot of blistering, but we managed to hang on,” said Verstappen. “It was amazing to win at the Red Bull Ring with so many Dutch fans here.

“I needed to catch up with the points, today was a very good day for me, and I hope we can continue like this.”

Vettel, who started sixth after collecting a three place grid penalty, now has 146 points to Hamilton’s 145 after nine rounds and with the Briton’s home race at Silverstone next weekend.

Hamilton had already been on the back foot before he stopped on lap 64, his car suffering lost fuel pressure while he was in fourth place, after a glaring strategy error by Mercedes had cost him the lead.

On a bleak afternoon for the champions, who had not been beaten at the Red Bull Ring since Austria returned to the calendar in 2014, Hamilton’s team mate Valtteri Bottas retired with a mechanical failure.

Verstappen took the lead after Mercedes kept Hamilton out during a virtual safety car period that followed Bottas’s retirement on lap 14, with all the others behind the Briton pitting for fresh tyres.

Mercedes’ chief strategist James Vowles came on the radio as the bearer of bad news, admitting his error as Hamilton struggled to comprehend what had happened.

“I’m not going to be able to pass anyone. We have thrown away the win,” Hamilton added a while later.

“This is James, I have thrown away the win today,” replied Vowles. “Passing is possible. I’m sorry.”

France’s Romain Grosjean scored his first points of the season with a bang, finishing a lapped fourth for the U.S.-owned Haas team, who also had Denmark’s Kevin Magnussen taking the chequered flag in fifth.

Esteban Ocon was sixth for Force India, ahead of Mexican team mate Sergio Perez, with McLaren’s Fernando Alonso completing a remarkable afternoon with eighth place after starting in the pit lane.