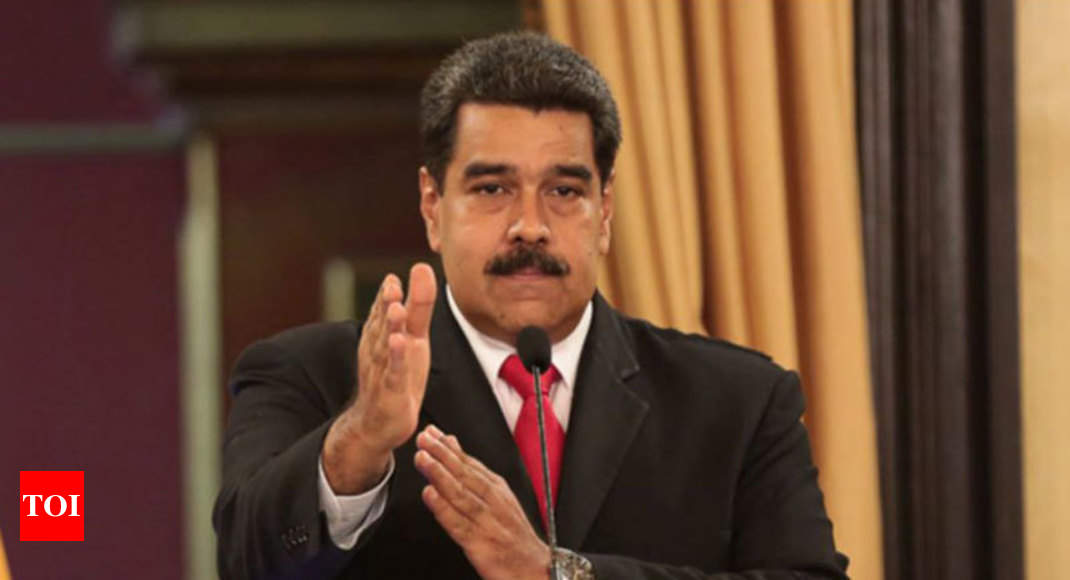 CARACAS: President Nicolas Maduro went on television Tuesday night to accuse one of Venezuela’s most prominent opposition leaders of being linked to a weekend attack with drones that the government called an attempt to assassinate Maduro.

Maduro said statements from some of the six suspects already arrested pointed to involvement by Julio Borges, an opposition leader living in exile in Colombia.

“Several of the declarations indicated Julio Borges. The investigations point to him,” Maduro said, though he provided no details on Borges’ alleged role.

Critics of Maduro’s socialist government had said immediately following Saturday evening’s attack that they feared the unpopular leader would use the incident as an excuse to round up opposition politicians as he seeks to dampen spreading discontent over Venezuela’s devastating economic collapse.

In the attack, two drones armed with explosives detonated near Maduro as he spoke outdoors during a military celebration. Images on live television showed Maduro and his wife looking up at the sky at one blast and then hundreds of soldiers scrambling.

As elected lawmakers, Borges and Requesens enjoy immunity from prosecution under Venezuelan law. But Diosdado Cabello, the powerful socialist party leader and president of the National Constitutional Assembly, said in a tweet Tuesday that he plans to introduce legislation stripping lawmakers of this protection.

Maduro spoke for two hours from the Miraflores Presidential Palace in a presentation using polished videos showing suspects and images of the drones exploding. One video included a purported confession by one handcuffed suspect, whose face was blurred out as explained the plot.

Maduro also held up military hats worn by soldiers with holes in them from debris the explosion. Several soldiers seated in the audience had white bandages on their heads, apparently injured in the assassination attempt.

Maduro said he would provide evidence to officials in the United States and Colombia and ask for their cooperation handing over suspects who helped orchestrate and finance the attack.

“I want to explain to the government of the United States and the government of Colombia in detail all the evidence that leads us to accomplices and direct responsible living in the state of Florida,” Maduro said. “I trust in the good faith of Donald Trump.”