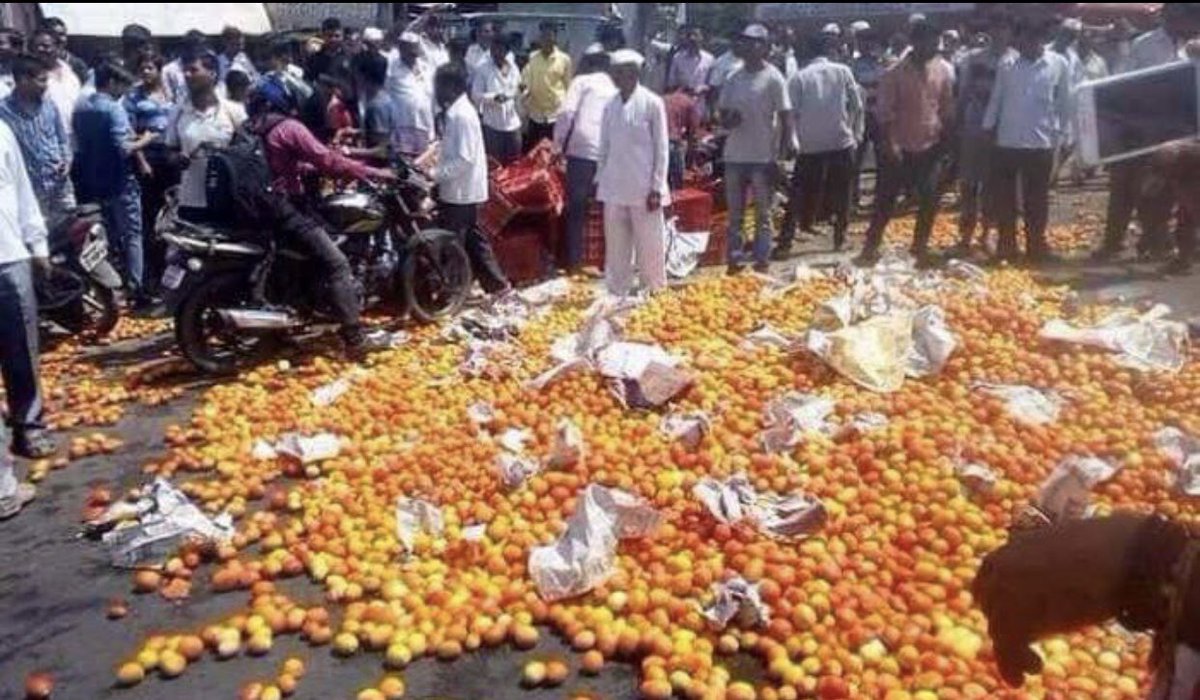 Vegetable prices jumped as much as 10 percent in major Indian cities, including Mumbai and Delhi, as a four-day old strike by millions of farmers curtailed supplies.

Farmers began their 10-day protest on Friday to press demands such as farm loan waivers and higher prices for produce such as cereals, oilseeds and milk.

Wholesale prices of some vegetables like tomatoes and french beans have risen due to lower supplies, said a Mumbai-based vegetable vendor Mahesh Gupta.

Outbreaks of rural discontent poses a challenge to Prime Minister Narendra Modi, who promised when he came to power in 2014 to double farm incomes in five years.

Farmers in eight states, mostly ruled by Modis Bhartiya Janata Party, have restricted supplies of vegetable and milk to the cities markets.

We are distributing milk and vegetables to the poor and needy, but weve decided not sell. The basic idea is to highlight the plight of farmers who have been overlooked by the government, said Ramandeep Singh Mann, a farmer based in Punjab.

Prices for many crops have fallen sharply, while the price of diesel has gone up, squeezing millions of Indias mostly small-scale farmers.

Last year six farmers were killed in similar protests that became violent in the central state of Madhya Pradesh.

In recent days, farmers blocked highways in some places and poured milk onto roads. The protests have been peaceful so far, although organizers are planning to increase the intensity in coming days.

The government hasnt fulfilled promises it had given last year. We have no option but to intensify our protests, said Ajit Nawale, state general secretary, All India Kisan Sabha, one of the farmers union participating in the strike.

Two-thirds of Indias 1.3 billion people depend directly or indirectly on farming for their livelihood, but farm incomes only account for 14 percent of gross domestic product, reflecting a growing divide between the countryside and wealthier cities.

I am stocking up vegetables for the entire week, said Anjali Salunkhe, a housewife in Mumbai, fearing prices could double as they did during protests last year.