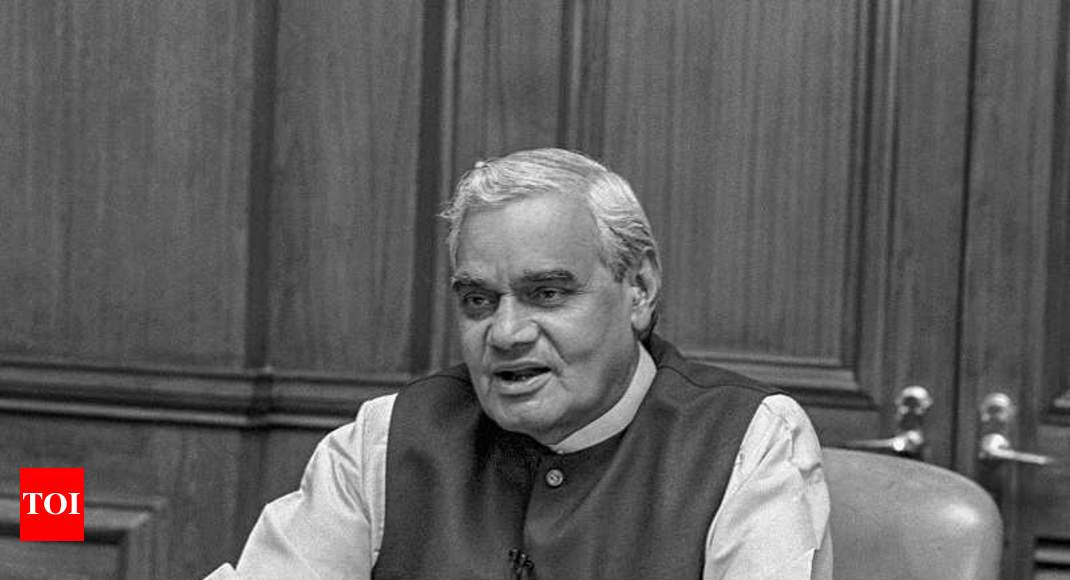 RANCHI: Jharkhand Chief Minister Raghubar Das on Saturday said that ashes of former prime minister Atal Bihari Vajpayee, who passed away on August 16, will be immersed in four/five major rivers of the state.

He said Vajpayee was the creator of Jharkhand and hence his passing away is an irreparable loss for us.

Jharkhand was bifurcated from Bihar and made a new state in 2000 when NDA government headed by Atal Bihari Vajpayee was at the helm of affairs at the Centre.

His ashes will be immersed in four/five major rivers of Jharkhand, said Das, who returned today after attending the funeral of the former prime minister yesterday at Shakti Sthal in Delhi.

The chief minister said that the government is also pondering over to introduce programmes after his name and memorial so that the coming generations will know about his thoughts and works, according to an official release.