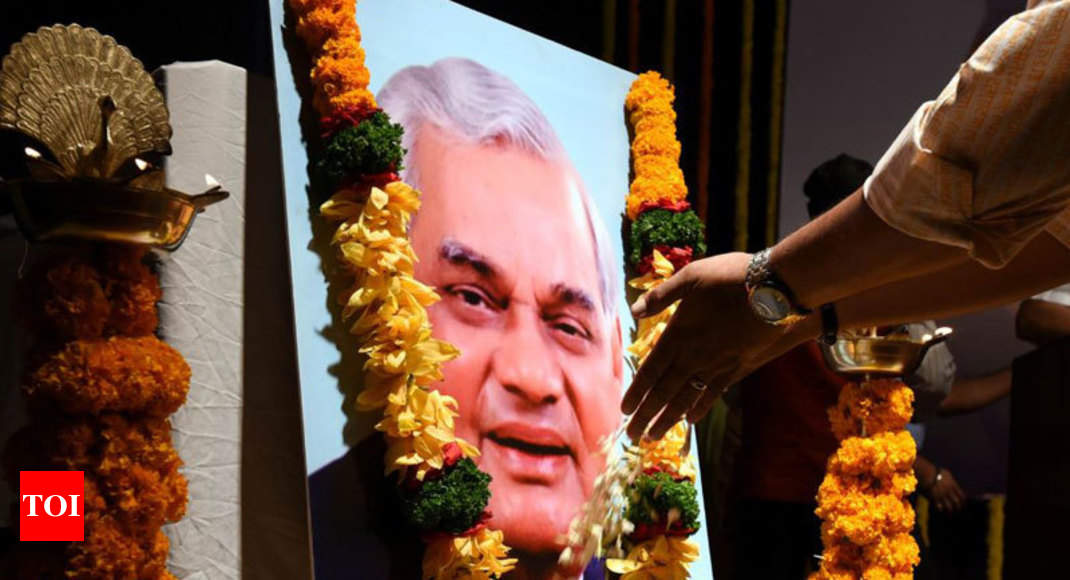 NEW DELHI: Paying rich tributes to former prime minister Atal Bihari Vajpayee, Congress leader Ghulam Nabi Azad on Monday said the distance seen between the ruling party and the opposition today was not there earlier and the late BJP stalwart worked taking everyone along.

Speaking at a condolence meeting attended by leaders of all major parties, Azad said Vajpayee had brought together leaders cutting across ideological divides even in his death which, he added, was something rare.

The senior opposition leader quoted verses to heap praise on Vajpayee and said he was such an eloquent speaker that even his criticism sounded pleasant whereas, he added, there are some leaders who, even when they say something good, make it sound like abuses.

Azad recalled that as the parliamentary affairs minister during the P V Narasimha Rao-led government, he had to meet Vajpayee, then a key opposition leader, several times a day during Parliament’s sessions and they used to have tea and meals together.

“The distance we see today was not there then,” he said, apparently referring to the frosty relations between the government led by Prime Minister Narendra Modi and the opposition.

Azad said many people in Vajpayee’s party (BJP) might not have seen him as closely as leaders like him had.

He mentioned leaders like Jawaharlal Nehru, Subhas Chandra Bose, Maulana Abdul Kalam Azad and Indira Gandhi and said Vajpayee would be remembered as one of the biggest leaders of his time who always worked for the country and its people.

Congress president Rahul Gandhi was expected to attend the event but could not as it was his father and former prime minister Rajiv Gandhi’s birth anniversary today as well and sent Azad as his representative, the organisers said.