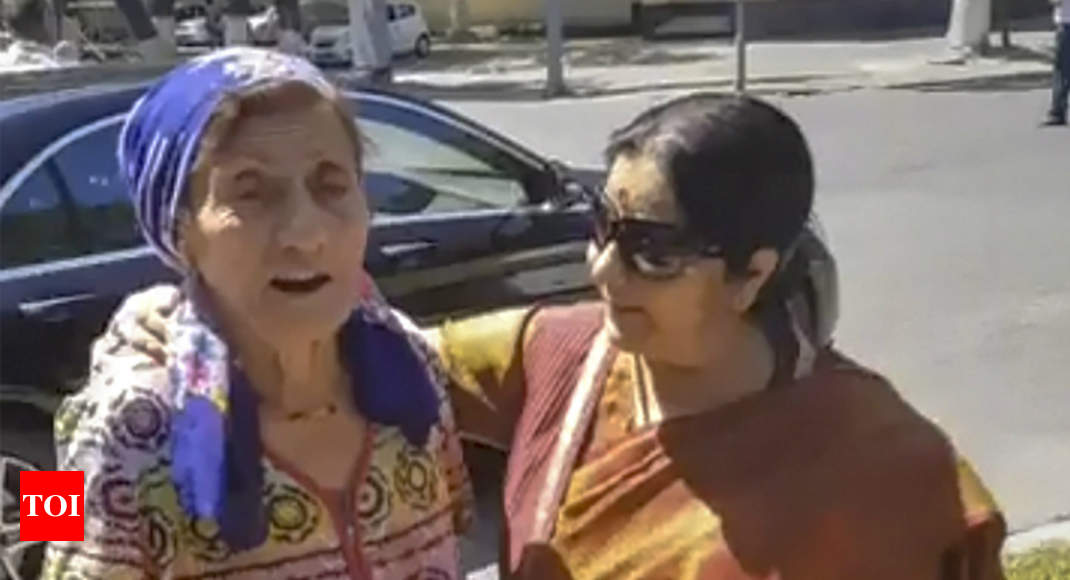 NEW DELHI: It’s 2018, but Raj Kapoor continue to be a favourite in the former Soviet Union.
This was proven to external affairs minister Sushma Swaraj, who was floored when on a visit to Uzbekistan, a local woman belted out a rendition of ‘Ichak Daana, Beechak Daana’ from the Raj Kapoor-starrer ‘Shri 420‘.

As external affairs ministry spokesman Raveesh Kumar said, in a caption to a video of the woman singing: “Bollywood knows no boundaries! More so in Uzbekistan where Raj Kapoor and Nargis are household names. Salute to this Uzbek woman for her spirit as she hums the song ‘Ichak Daana, Beechak Daana’ from the classic Shri 420!”

Bollywood knows no boundaries! More so in Uzbekistan where Raj kapoor and Nargis are household names. Salute to thi… https://t.co/8nhDtIa7jC

The minister yesterday returned to Delhi from Uzbekistan after a “positive and productive” trip to three Central Asian nations to help boost India’s partnership with the strategic and resource-rich region.

Earlier in the day, Swaraj met President Shavkat Mirziyoyev in the Uzbek capital.

The minister also paid floral tributes at the bust of India’s second prime minister Lal Bahadur Shastri at his memorial in Tashkent.