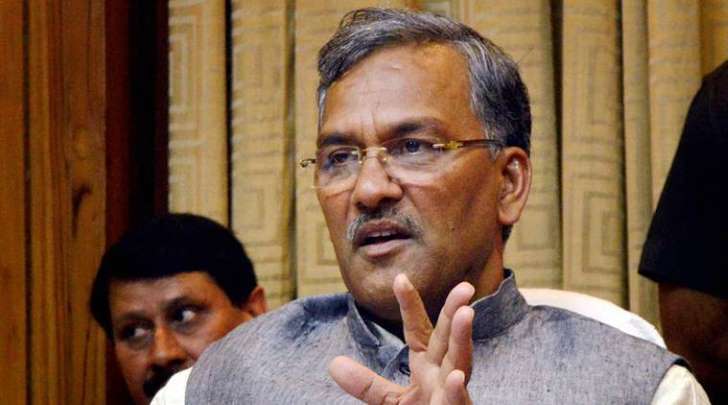 Blaming the Trivendra Rawat-led government and the Centre for loss in business due to demonetisation and the subsequent imposition of GST, a businessman from Uttarakhand’s Haldwani area consumed poison on Saturday and entered the BJP office in Dehradun. BJP minister Subodh Uniyal was hearing people’s problems at a Janata Darbar when Pandey entered the office to complain about the policies of the Centre that affected his transport business.

“Mujhe pareshan kar diya hai sarkar ne. Mai karzdaar ho gaya hoon GST aur notebandi k baad (The government has put me in trouble. I’m under debt due to demonetisation and GST),” a crying Pandey told Uniyal during the Janata Darbar meeting. “Since the past five months I’m trying to approach the government, but the CM is useless…he doesn’t listen to anyone. There are many people like me (who are debt-ridden due to demonetisation and GST)… I won’t live now. I’ve consumed poison,” he said.

Pandey, who has been in the transport business for the past five years, then showed Uniyal an empty packet of poison that he claimed to have consumed. The revelation triggered panic in the BJP office and Pandey was rushed to the Doon hospital where he was admitted to the ICU.

Confirming that Pandey had consumed poison, the hospital’s chief medical superintendent, KK Tamta, said the businessman was kept under observation. However, due to his critical condition, Pandey has been referred to a private hospital. A doctor attending to Pandey at the Doon hospital said his condition was critical and “the next 24 hours are crucial”.

Speaking to the media, Uniyal said, “The man said he consumed poison due to demonetisation and GST. Loss in business is not an individual problem. His action looks politically motivated.” Pandey had earlier written to the Prime Minister’s Office and to Uttarakhand Chief Minister Trivendra Rawat about his grievances, but no relief was extended to him.