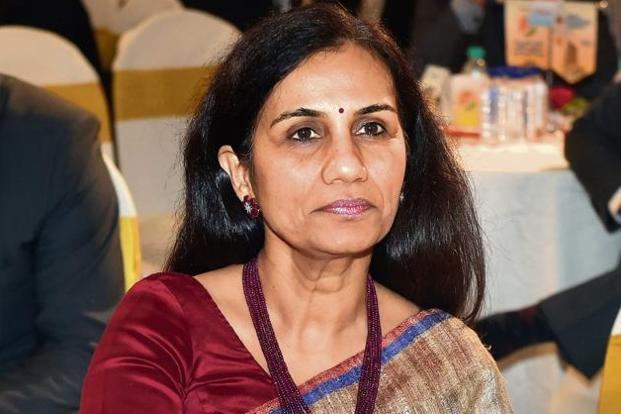 Mumbai: The US markets regulator Securities and Exchange Commission (SEC) has intensified its investigation into alleged wrongdoings at India’s second-largest private lender ICICI Bank Ltd, according to two people familiar with the development. SEC officials spoke to top ICICI Bank executives, including chief financial officer Rakesh Jha and general manager Rajendra Khandelwal, twice in the past few months, the most recent one being about two weeks ago.

SEC, which started the probe in June 2016, sought details about the bank’s accounting practices, especially those related to loans disbursed between 2010 and 2016, many of which turned bad later and were alleged to be the ones on which the bank delayed provisioning, the people said, requesting anonymity. 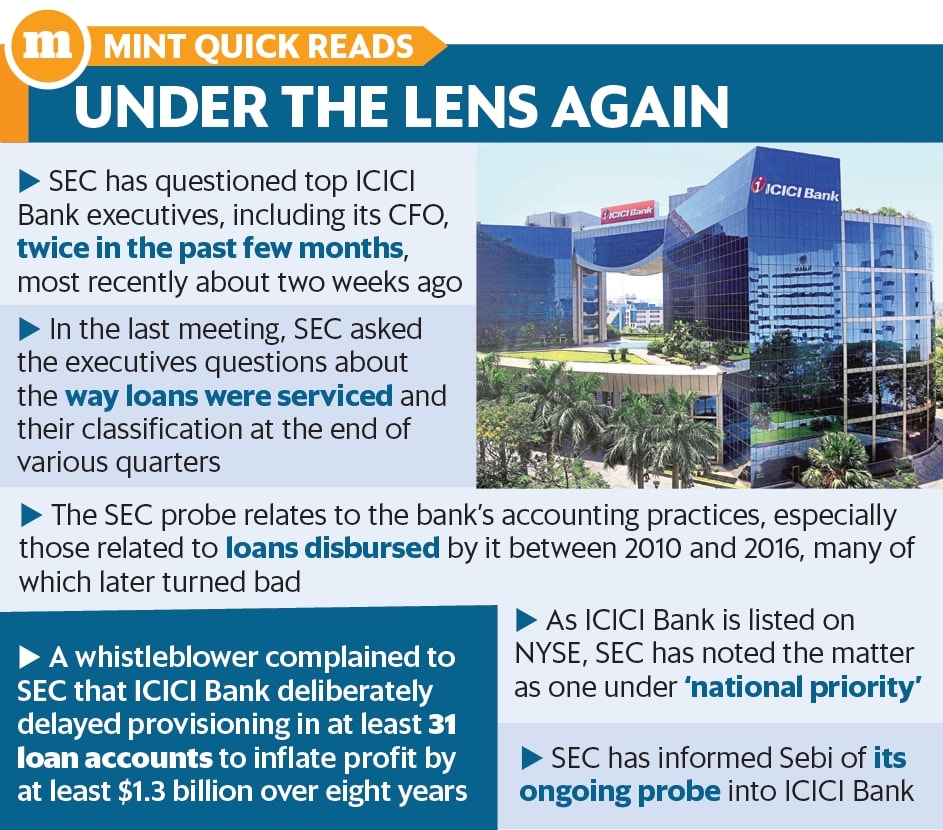 The US regulator’s probe gathered pace after a third whistleblower complained to SEC, the Reserve Bank of India and the Securities and Exchange Board of India (Sebi), alleging that ICICI Bank unfairly delayed provisioning in at least 31 loan accounts to inflate profit by at least $1.3 billion over eight years.

An email sent to ICICI Bank on Wednesday remained unanswered till the time of going to press. Judith Burns from SEC Office of Public Affairs declined to comment.

In the latest meeting, SEC asked the bank officials about the way loans were serviced; their classification at the end of various quarters; provisioning details; taxes paid on the interest income from such loans; details of appraisals, enhancement, recovery dates; and the details regarding the review of the asset quality of the loans by the bank, said the one of the two people.

“SEC wants to ensure that the bank has complied with the written code of conduct and the corporate governance norms specified by SEC and Indian regulators,” the person said.

On 20 March, the whistleblower alleged that ICICI Bank issued hundreds of letters of credit (LCs) to entities related to its troubled corporate borrowers to help them avoid defaults, pre-empting the need to set aside money for NPAs, Mint reported on 28 June.

The whistleblower alleged that ICICI Bank issued LCs against fictitious bills to service a number of loans. The charges, if proved, will violate anti-money laundering norms.

While loan evergreening has been fairly rampant in India, the practice has been frowned upon by regulators and has contributed to the ballooning of bad loans in the Indian banking system. It also short-changes investors by giving an inaccurate picture of the state of a bank’s finances.

Since ICICI Bank is listed on the New York Stock Exchange, SEC has noted the matter as one under “national priority” and recently communicated to Sebi regarding its ongoing probe into the bank and its latest meetings in this regard with the bank’s officials.

“SEC also wants to ensure that the bank or any of its officials has not shown any partiality while disbursing loans made to any business group. Any misrepresentation in accounting or non-disclosure of facts related to credit can lead to serious penal actions, including imprisonment of bank officials, if proved to be true,” said the second person cited before.

To be sure, in the recent meeting with ICICI Bank’s risk management department, SEC has sought every minute detail of loans disbursed by the bank by its corporate banking division, project finance division and small and medium enterprises division between 2010 and 2016.

On 12 July, Mint reported that ICICI Bank is preparing to submit details of at least 1,000 loan accounts that turned sour since April 2010 to an independent probe panel headed by former Supreme Court judge B.N. Srikrishna.

This report, according to the second person, will be submitted to SEC as well because the latest SEC probe on the bank’s accounting practices is directly related to the loans disbursed between 2010 and 2016.

ICICI Bank on 29 May decided to institute a probe by an independent panel to verify the charges made by the whistle-blower.

Following the whistle-blower’s complaint, RBI began a second probe into the dealings of the bank during Kochhar’s tenure, according to a 26 June Mint report.

The RBI probe began on 25 March with a list of at least 26 of the 31 loan accounts named in the whistle-blower’s complaints. However, following ICICI Bank’s response to its first set of queries on 11 April, the banking regulator decided to expand its probe to 55 of ICICI Bank’s borrowers.

According to ICICI Bank, “RBI in the normal course of its supervisory activities seeks information from the bank from time to time”.