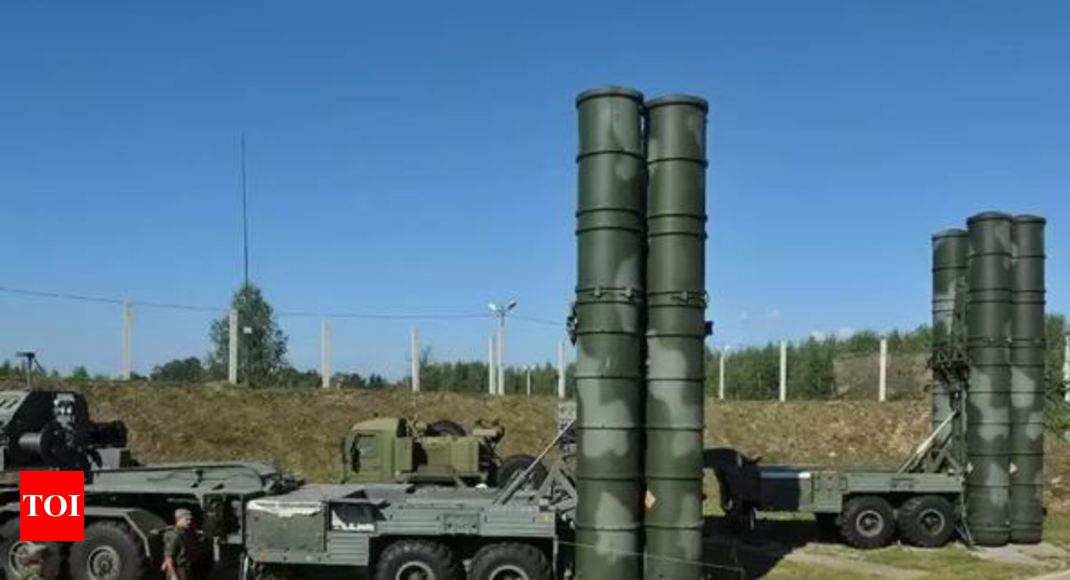 WASHINGTON: A US congressional conference report today paved the way for waiver to countries such as India from the punitive Countering America’s Adversaries Through Sanctions Act or CAATSA, which is primarily aimed at targeting Russian intelligence agencies and other entities engaged in cyberattacks.

The Senate and House Armed Services Committee in a joint conference report to the National Defense Authorization Act (NDAA)-2019 provided a modified waiver to section 231 of CAATSA.

Unlike the existing version of the act, the proposed modified waiver requires presidential certifications designed to protect US alliances, military operations, and sensitive technology, said a media release issued by the Senate Armed Services Committee after the two committees announced details of the conference report.

The John McCain National Defense Authorization Act for Fiscal Year 2019, which authorizes funding for the Department of Defense and the national security programmes of the Department of Energy, encourages US allies and partners to reduce inventory of Russian-produced major defence equipment and advanced conventional weapons.

At the same time, it excludes the possibility of waivers for Russian intelligence agencies and other entities engaged in cyberattacks.

The move in this regard comes days after US Defense Secretary Jim Mattis asked the Congress to give the Secretary of State the waiver authority. “Doing so allows nations to build a closer security relationship with the US as they continue to transition from reliance on Russian military equipment,” he said.

“The fundamental question we must ask ourselves is do we wish to strengthen our partners in key regions or leave them with no other option than to turn to Russia, thereby undermining a once-in-a-generation opportunity to more closely align nations with the US vision for global security and stability,” Mattis said.

The Pentagon, the State Department and the Indian Embassy here did not immediately respond to request for their comments on the latest CAATSA development.

Before the NDAA 2019 is signed into law by US President Donald Trump, the conference report, which aligns the different House and Senate versions of the defense budget, needs to be passed by the two chambers of the US Congress.

Traditionally, it is considered to be a done deal, as this has the support of leadership of both the ruling Republican party and the opposition Democratic party.

CAATSA waiver though general in nature is intended at preventing US sanctions on India, which is planning to buy five S-400 Triumf air defense systems for around $4.5 billion from Russia. This US officials say that under the existing CAATSA, it could be considered as a significant military purchase.

The proposed legislative amendments would provide a valid ground to the Trump administration for necessary waiver to India, even if it goes ahead with its decision to buy S-400. This is because, India’s dependence on Russia for its military hardware has experienced sustained reduction over the last one decade. At the same time, India’s defense trade with the US has increased.

India is in the process of placing orders worth of billions of dollars to the US – ranging from fighter jets to unmanned drones. Over the past few months, CAATSA had emerged as a major irritant to India-US relationship.

Early this month, influential US lawmakers had indicated that they were working to get this waiver for India. “I’m hopeful that we’re gonna get there on something that will advance our country’s interests and advance India’s interest and build that trust,” Senator Dan Sullivan told a Washington audience during the Annual Leadership Summit of the US India Strategic and Partnership Forum (USISPF).

The Indian Ambassador to the US, Navtej Singh Sarna, said India was not the target of the federal law and it should not become collateral damage of it. The administration has to find a way in which they can find a waiver for the partner on this particular thorny issue, he had then said.