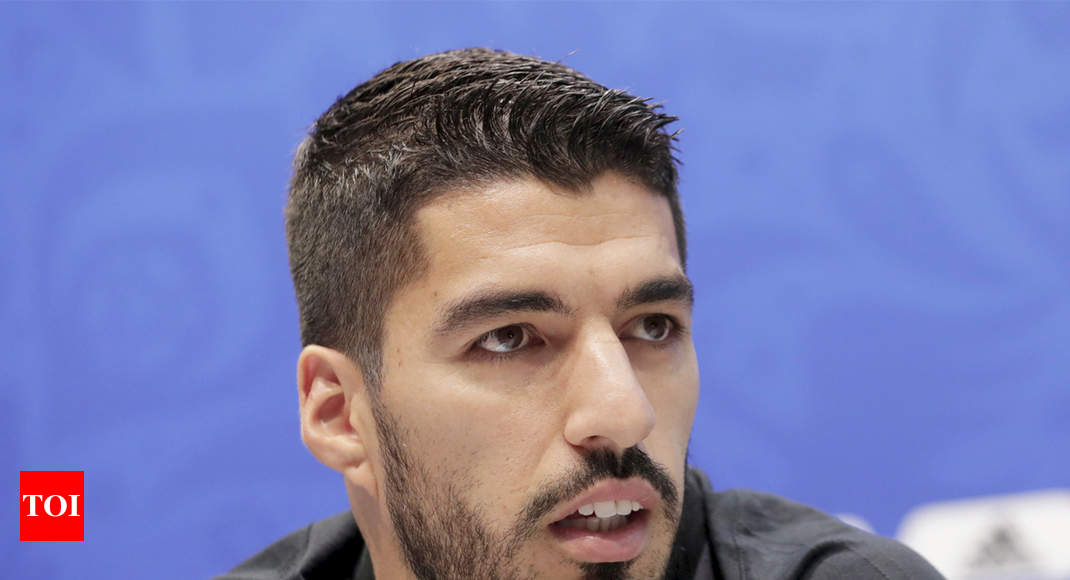 SOCHI: Uruguay have put their three group wins behind them and are fully focused on Portugal and Ronaldo, striker Luis Suarez said ahead of their last-16 World Cup clash in Sochi on Saturday night.

Having swept aside hosts Russia to top their group, Barcelona’s Suarez and his Uruguay team mates are taking no chances as they prepare for Portugal, the reigning European champions led by his La Liga rival Cristiano Ronaldo.

“It will be fundamental to be focused. Past experiences are firmly in the past. You have to focus on the present and what happens tomorrow,” Suarez told reporters.

“When it comes to the rivalry with Ronaldo, we all do our best for our team to achieve the best result. This is a World Cup, of course we’re all defending and working for our national teams… Everyone will give their utmost tomorrow to prevail.”

National team coach Oscar Tabarez is also wary of the European champions – and in particular of their talismanic striker.

“I believe Ronaldo is one of the best strikers in the world, he has great potential. In planning the match, focusing on our opponent and considering the level that every player has, what Ronaldo has on top of all of these qualities is that he is the leader of that team,” he said.

“There is no single player that can contain him, not Godin or whoever. We will have to work collectively in order to try to limit the effect that he can have,” the 71-year-old added.

Striker Suarez played down talk of any animosity between himself and strike partner Edinson Cavani, pointing to a long international history together that started at youth level.

“There’s no personal rivalry involved at all. The only thing we want to achieve is that we all progress together in the best possible fashion,” he said.

Despite its small population, Uruguay’s proud World Cup history including trophies in 1930 and 1950 and a fourth place finish in 2010 means fans’ expectations are high, and Tabarez said nothing to dampen their enthusiasm.

“We have to be focused when it comes to Portugal. We have been preparing for quite a while, for 12 years we have been working with this team, achieving our goals step by step,” Tabarez explained.

“I believe we are closer than ever to achieving our objective, and we want to achieve this at the World Cup,” he said cryptically.