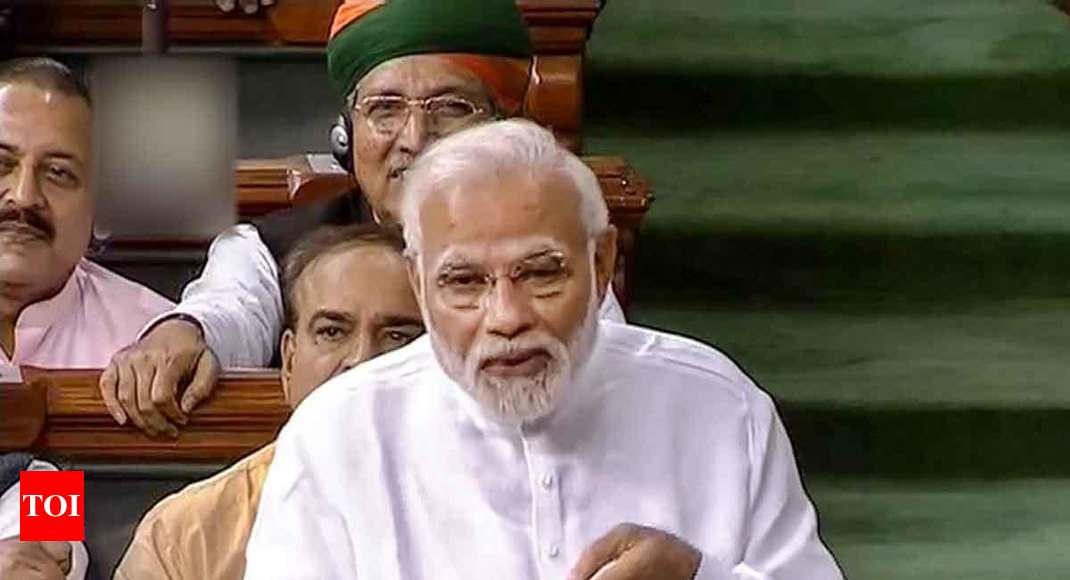 NEW DELHI: Prime Minister Narendra Modi on Friday hit out at the UPA government, accusing it of creating a system of “underground loot” of banks between 2009 and 2014 through what he called “telephone banking”, where lenders gave loans without appraising the project properly.

“The story of NPA began in 2008. Before the 2009, elections Congress felt that there was a year to go so it opted to empty as many banks as possible. Once they got into this habit, the underground loot stretched from 2009 to 2014. Till Congress was in power, the practice of bank loot continued,” Modi said while responding to the debate on the no-confidence motion.

He said that this was evident in the loans that were given. During the first 60 years, banks provided loans of around Rs 18 lakh crore but between 2008 and 2014, this went up to Rs 52 lakh crore, he said.

“Internet banking came much later but there are such knowledgeable people in Congress that phone bank came to India before that. It was the result of this practice of telephone banking that loan flow shot up so much. Loans were handed out to their favourites.

The system was simple: give a loan as soon as a phone call was received, without looking at the proposals. When it was time to repay, a fresh loan was given. This cycle continued and the country and its banks were trapped in a web of NPAs. This was like a landmine that had been laid. We have sought to clean up,” the PM said.

He said another reason for a spike in NPAs was the decision to reduce customs duty, which resulted in a massive jump in capital goods imports, hitting domestic production and exerting pressure on the overall import bill. “The entire import was financed through bank loans. Capital goods production was adversely hit and projects were cleared without any assessment. Things had reached a stage where even the equity was provided through bank loans.”

The Prime Minister then went on to link the NPA problem to slow environmental clearances during the UPA regime and made a reference to what has come to be known as “Jayanthi tax” when environment minister Jayanthi Natarajan would sit over proposals.

“Government revenues were hit and for government approval some new taxes were introduced, which did not flow into the government treasury. Because of these taxes, project clearances got delayed, bank loans were stuck and NPAs kept on rising.”

Banks are grappling with NPAs of over Rs 10 lakh crore and Modi said his government initiated a series of steps to address the problem.