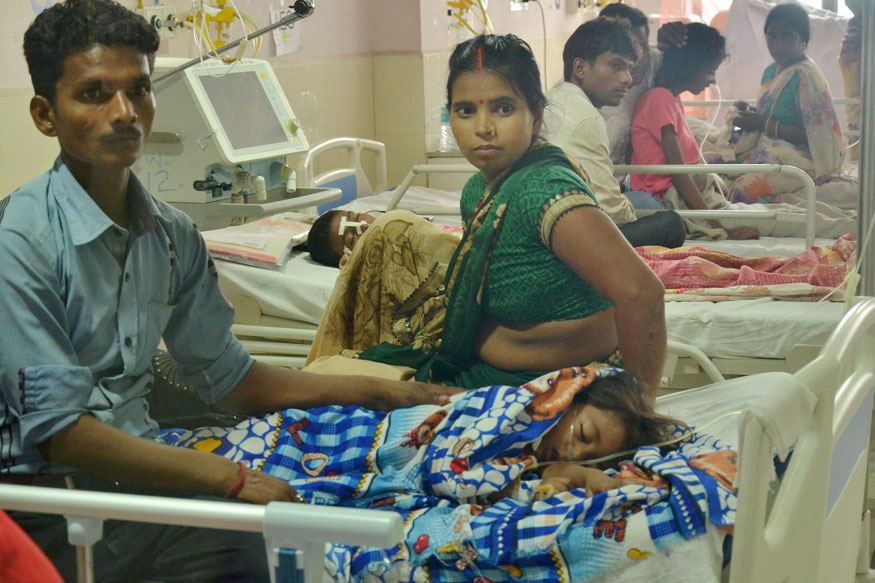 The latest report prepared by the Niti Aayog and Union Health Ministry noted that while Kerala has topped the chart, it has made the least progress in bettering its facilities.

Jharkhand has made the most progress in improving its healthcare sector, while Kerala has topped the Health Index report prepared by Niti Aayog.

The report also states that Uttar Pradesh has fared the worst between the years 2014-15 and 2015-16 while Jharkhand has made some substantial progress in improving its healthcare.

Last year, Uttar Pradesh and the Yogi Adityanath government were ravaged by the Gorakhpur hospital tragedy where over 63 children, mostly suffering from encephalitis had died in two days due to an alleged lack of oxygen and poor facilities. The state has now appeared at the bottom of the list among larger states.
The latest report prepared by the Niti Aayog and Union Health Ministry has also noted that while Kerala has topped the chart, it has also made the least progress in bettering its facilities.

The ‘Healthy States, Progressive India’ report released on Friday further scrutinises the performance of all states and Union Territories on a range of health indicators to find which states are making progress in which sectors and how the others can learn from them.

Releasing the report, NITI Aayog CEO Amitabh Kant said that NITI Aayog believes that the Health Index will act as a tool to leverage cooperative and competitive federalism, accelerating the pace of achieving health outcomes.

The data has revealed that Jharkhand, Jammu and Kashmir and UP — by reducing neonatal mortality (NMR), under-five mortality (U5MR), expanding immunisation coverage and bettering health access and anti-retroviral treatments (ART) for people living with HIV (PLHIV) — have grabbed the top three incremental performance ranks. Because of its progress, Jharkhand’s overall rank went up from 18, among the 21 large states to 14.

Kerala, which has retained the overall top rank, showed some degree of decline in its annual performance. This has landed it at the bottom of the incremental rank index.

However, the report also noted that it is a “challenge for states at high levels of the Index score to maintain their performance levels”, due to “diminishing marginal returns”.

On the other hand, states and UTs with lower rankings on the Index are at an advantage, as they will show more visible progress for the same amount of effort.

The report, however, did caution the best performing states against “complacency”. It said that the decline in progress is seen not only in Kerala, but also Uttarakhand, Himachal Pradesh, Karnataka and Gujarat among the large states; and Sikkim, Arunachal Pradesh, Tripura and Nagaland among the smaller states; Chandigarh and Daman and Diu among the Union Territories and it “is a matter of concern”.

Among the smaller states, Mizoram ranked first in overall performance, while Manipur ranked second and topped the Index for incremental performance.

Jharkhand and Jammu and Kashmir’s performance made them two of the only five large states that managed to improve their overall ranking; the others being Punjab, Andhra Pradesh and Chhattisgarh.

The report comes close on the heels of a “great Budget” — as Dr. Vinod Paul, member NITI Aayog and head of its health department said.

Paul said that a report that examines the states and ranks them on their outcomes will encourage “competitive and cooperative federalism” and will help India strengthen its primary healthcare, as mentioned by the finance minister in his Budget speech.

“This is a historic moment that will strengthen the states,” added Director, World Bank India, Junaid Ahmad. The World Bank provided “technical expertise” to put together the report.

The flip side, however, will be the “naming and shaming” of non-performers, Kant said, while referring to an upcoming ranking of 730 district hospitals that is slated for release later this year.

Dr. Vinod Paul told News18, “The purpose of a ranking or any measurement system is to provide an objective measurement. It’s an exam of sorts, after which you analyse a state’s weaknesses. Is it the governance, are health secretaries being changed too soon to bring stability to the sector, are the human resources lacking? Based on this, we will correct the course.”

India’s primary healthcare, which include primary health centres and district hospitals are notoriously understaffed. The country’s Rural Health Statistics have time and again highlighted a glaring gap in manpower.

“We have to move in a direction that will fill these gaps,” said Paul. With such minute data and an understanding of why some states do well and others don’t, Paul hoped that these would help the states learn from each other.