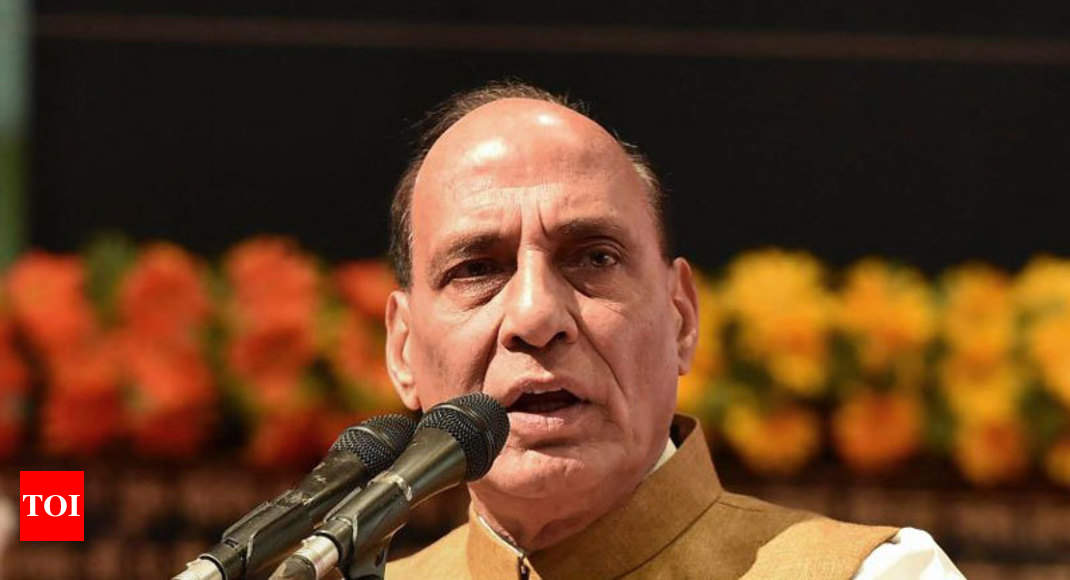 NEW DELHI: With opposition parties raising serious concern over the alleged sexual exploitation of girls at a children’s shelter home in Uttar Pradesh, Home Minister Rajnath Singh on Tuesday termed the incident shameful and declared that no culprit would escape action.

Singh also told the Lok Sabha that two senior officials of the state government were probing the matter.

Opposition members, including those from the SP and the RJD, raised the issue and referred to a similar incident at Muzaffarpur in Bihar.

“No culprit will escape action”, Singh said, adding that the state government has taken quick action in the case. He described such incidents as unfortunate, sad and shameful.

On the action taken, he said the district administrative officer has been suspended and the manager of the shelter home as well as her husband have been arrested.

The Home Minister also said that he would ask the ministries concerned to send out advisories to states to ensure that such incidents do not occur in the future.

Soon after the Home Minister’s response, members of the SP, RJD, Congress and TMC staged a walk out from the House.

Amid the protests and heated exchanges between the Treasury and the Opposition benches, Speaker Sumitra Mahajan said everyone is concerned about these incidents which are not good. She urged everyone not to play politics with it.

She suggested that all members should also keep a tab in their constituencies so that such incidents do not happen.

Twenty-four girls were rescued from a shelter home in Deoria in Uttar Pradesh after allegation of sexual exploitation of the inmates came to light a few days ago. As many as 18 inmates are reportedly missing.

Raising serious concerns about the case, SP member Dharmendra Yadav said strict action should be taken against the culprits. Atrocities have been committed against the girls, Yadav said, adding that he does not want to play politics on the issue.

Congress leader Mallikarjun Kharge asked the Speaker to set up a House Committee to probe the incidents which have happened in Bihar and Uttar Pradesh.

Noting that it is a “serious issue”, he also said the committee should visit all states and try to find out why such things are happening.

BJP member from Uttar Pradesh Kalraj Mishra said the licence of the children’s shelter home was cancelled a year ago and then the matter went to court. The process of shifting the girls and the boys had started, he added.