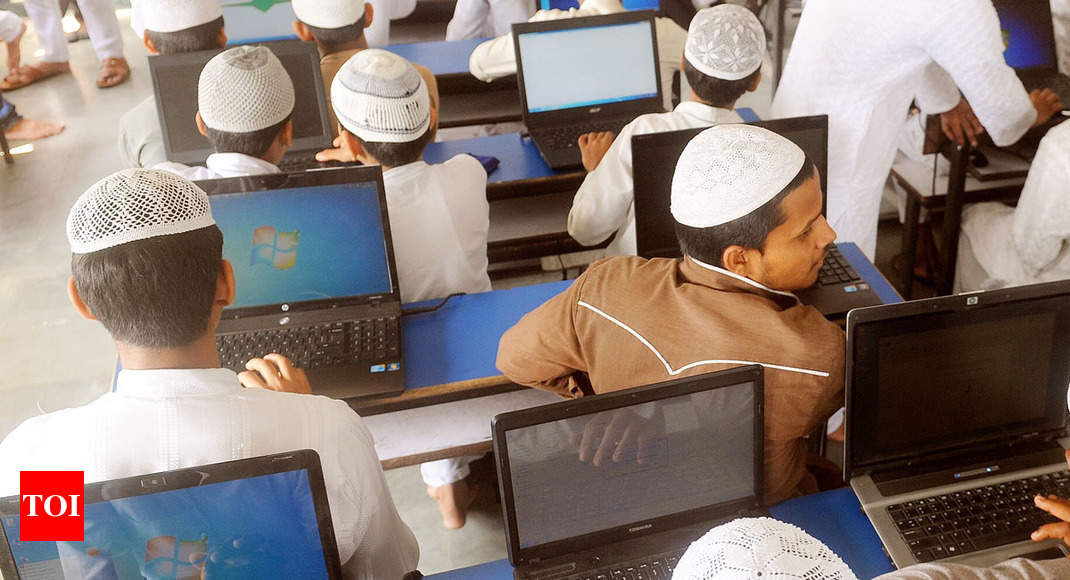 LUCKNOW: After introducing modern education in madrassas, the Yogi Adityanath government has mooted a new dress code for their students to end their “demarcation” from other school pupils, evoking mixed reactions from community leaders.
The state government is yet to disclose the new dress code for madrassa students, but said it might also fund it.

“The aim of the UP government is to bring madrassas at par with other educational institutions in every sense. Till now, students in madrassas have been wearing ‘kurta-payjamas’ but now this dress code will make it more formal … We might also try to meet the expenses,” said state minister for Muslim Waqf and Haj Mohsin Raza here on Tuesday.

Stressing that it is only the BJP-led governments which have doing justice with the minorities, the minister said the other political parties have been considering them as only a vote-bank.

Raza said the current dressing style of madrassa students reflects a clear demarcation between them and the students of other schools which will come to an end now.

The government’s move, however, evoked a mixed reaction from the community leaders with one section welcoming it cautiously but the other questioning the need to tinker with the madrassa students traditional attire.

“We will welcome it, if it is good, but only after seeing what the changes are and with what intentions they are being brought,” said UP unit president of the Jamait Ulema-e-Hind, Ashhad Rashidi, who runs a number of madrassas in Moradabad, Rampur and Bijnore.

The spokesperson for All India Shia Personal Law Board, Yasoob Abbas, however, questioned the need for bringing a change in the traditional attire worn in madrassas.

“Who has objected to the traditional attire … it is acceptable by all … we are not in favour of the government forcing a new dress for students,” Abbas said.

The state government has already gone ahead with its plans to introduce NCERT books in the madrassas of Uttar Pradesh in a bid to bring their students at par with their counterparts in other schools and to modernise education in madrassas affiliated to the State Madrassa Board.

“Till now, students in madrassas wear white kurta-pyjama, which reflects a particular faith. We will very soon propose a new dress code for them,” the minister said.

He, however, refused to elaborate as to what the new dress code would be.

On the possible colours of the madrassa students’ dress, Raza, however, said, “If you have seen the flag of our party, first comes the green colour followed by saffron. I have said earlier also that saffron is the colour of Allah, Ishwar and God, and has not been created by any human.

“It is the colour which wakes us up in the morning and gives light. A dress code similar to those of school going children will be considered. The dress code will be such which will help in understanding social harmony,” Raza added

“Our intentions are absolutely clear as we work with transparency and believe in sabka saath, sabka vikas”, he said adding that Prime Minister wanted to integrate the Muslim society with the country’s mainstream with a Quran in one hand and a laptop in the other.

“Madrasa students are already availing religious education, we are not going to hamper it, we are only going to impart them social education to integrate them with the country’s mainstream and help them go to the IIMs or the IITs and clear competitive examinations,” he said.