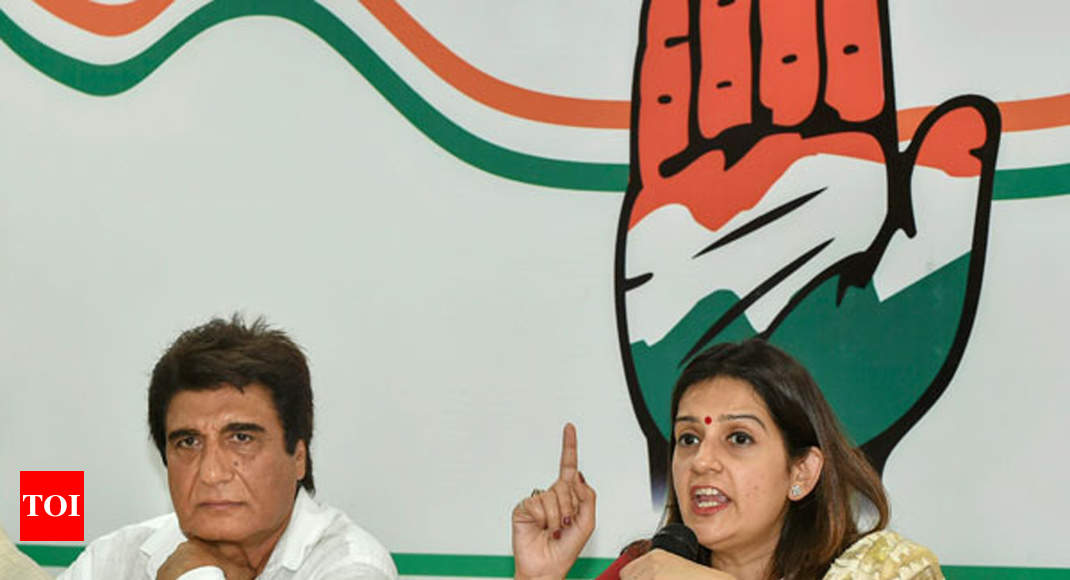 LUCKNOW: The Uttar Pradesh unit of the Congress party has conducted a written test and interviewed candidates for its new media team in the state, introducing a system in UP the party had tried in Gujarat and Karnataka.

The move prompted its main political rival BJP to take a jibe at the Congress party and term the test a “joke”.

UP BJP spokesperson Chandramohan said in a statement: “When people have rejected Congress president Rahul Gandhi in every examination, then what will the spokespersons do.”

At least 65 Congressmen took the test at the UPCC office in Lucknow yesterday. The candidates included some of those who have been the party’s spokesperson in the state previously.

The written test comprised 14 questions, including the number of districts and zones in Uttar Pradesh, the party’s poll percentage and number of seats in previous elections.

The candidates also had to answer the “key failures” of the BJP government at the centre and in the state, and the main achievements of the Manmohan Singh government.

“If you want to be a spokesperson for the state and represent it, you need to have the information about it. You need to have knowledge about basic things,” Chaturvedi said.

“This is a way to assess them. They will be the face of our party. They have to be well-versed with our legacy and issues in their state,” she said.

But BJP spokesperson Chandramohan said the Congress suffered poll defeats in 2014 and 2017 despite Sonia Gandhi and Rahul Gandhi being members of Parliament from the state.

“Before the 2017 UP Assembly elections, Congress had given the clarion call of ’27 saal, UP behaal’. Then, it entered into an poll pact with the Samajwadi Party. Rahul Gandhi in order to save his political career sat on the carrier of the bicycle,” he said, referring to SP’s election symbol.

He said that the Congress conducting test for the post of party spokesperson indicate there is “no cadre left in the Congress” and it has “fallen prey to ideological bankruptcy”.

On the relevance of the test, a senior Congress leader, who has been a spokesman for the party for a long time and who took the test, said it is aimed at cutting the flab and have a leaner team with adequate representation of women and youth.

“Earlier it was a team of 22 spokespersons but (the number) is expected to be much lesser this time,” he said.

This team of Chaturvedi and Gupta, which conducted the test yesterday in Lucknow, had gone to Gujarat, Karnataka and Madhya Pradesh to select the media team there on a similar pattern, the Congress leader said.

On reports that a number of candidates were confused and were consulting others during the test, UPCC president Raj Babbar said: “Things are being blown out of proportion”.

“If someone asks me such questions I will also have to think for answers.”

Last week, Babbar dissolved his media team and three other departments to pave way for appointing a new team in preparation for the 2019 Lok Sabha elections.