NOTTINGHAM: It took a long time coming but finally there’s a sense of acceptance in the Indian camp. Virat Kohli and his boys have realized that they have a mountain to climb after their surrender in the first two Tests. But the battle has to be taken forward, at least till the series is alive, and the Indian team is now trying to set small targets for themselves.

“That has been our discussion over the last few days. We need to break it up into small targets and take it from there. It is not always about scoring big hundreds, even a crucial 40 would do as long as it helps the team go forward,” India captain Virat Kohli said ahead of a practice session at Trent Bridge on Friday.

The day was fast changing from bright and sunny to murky and grey as India arrived at the ground on the eve of the third Test match. The wicket had a dark brownish look with a tinge of green which suggests that there will be a bit for the seamers – even though they may not get as much assistance from it as they did at Lord’s. 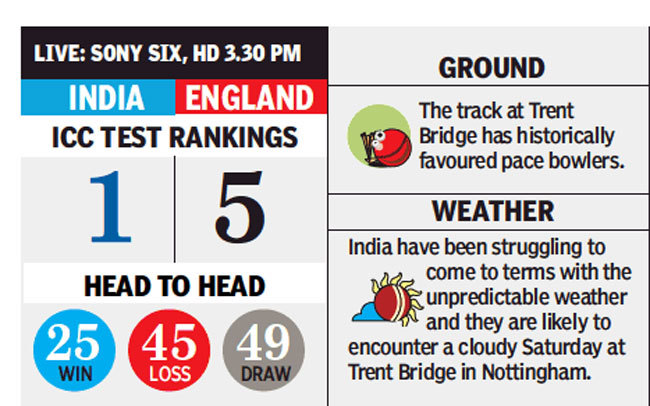 But that should still be quite a stern examination for the Indian batsmen, who have been searching for answers through the series. Too add a bit of cover to this faltering line-up, there could have been the option of adding an extra batsman but Kohli doesn’t seem to buy that idea. “If you don’t take 20 wickets, you don’t win Test matches. For that you need five bowlers,” Kohli clearly is not too keen on sacrificing Hardik Pandya for a pure batsman.

India can beat England in their backyard: Gautam Gambhir 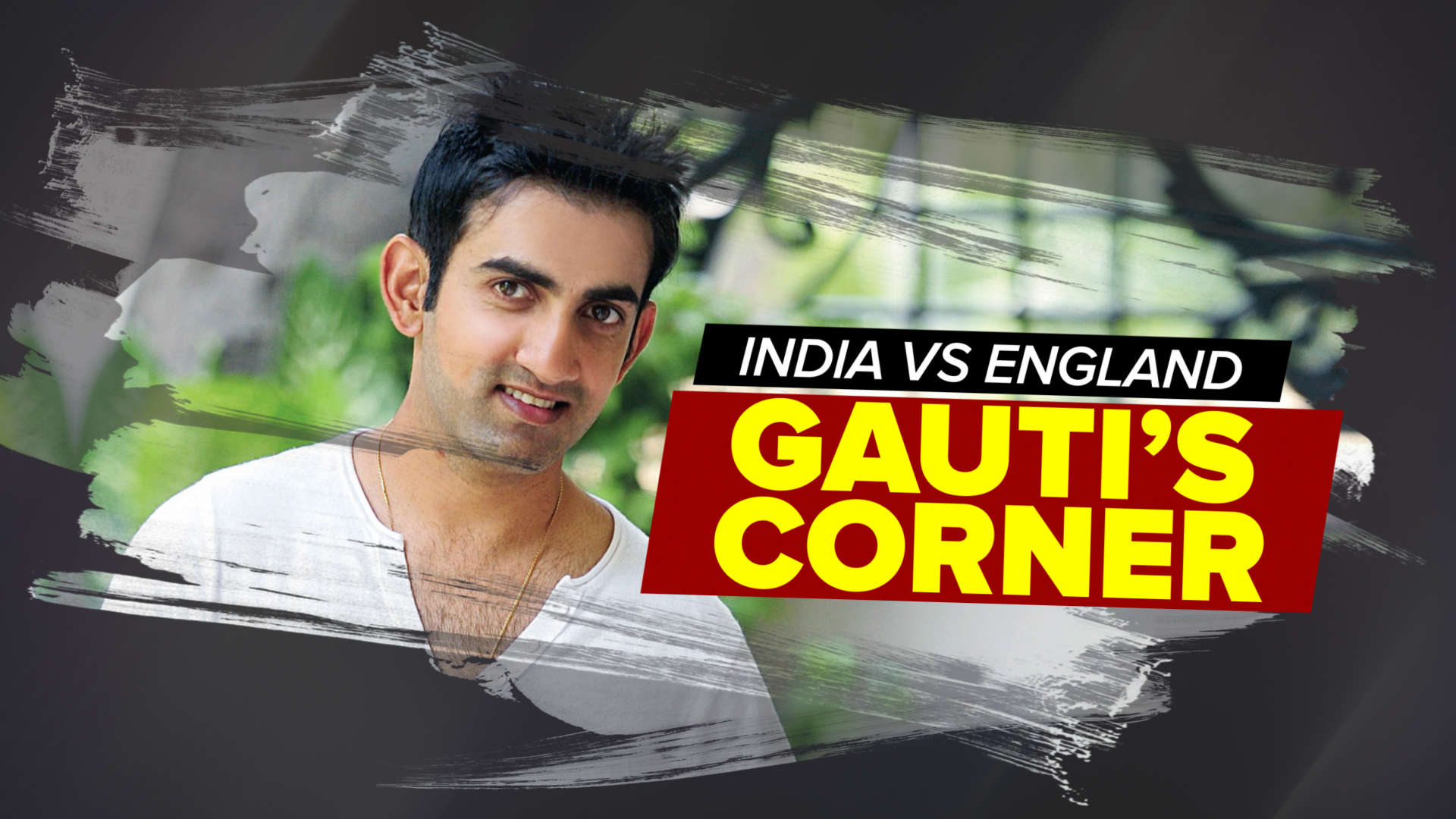 The captain, quite clearly, is trying to counter attack James Anderson and Stuart Broad at a venue where they have enjoyed bowling over the years. The likely inclusion of Rishabh Pant at No. 6 is possibly an effort to add that bit of firepower which can put the opposition under pressure. The Delhi boy is an unknown quantity as far as England is concerned and there’s an element of daredevilry in his game that can make a difference. “Here, even if you are batting at 100, you’re not set. There could be that one delivery on which your name is written and that acceptance has to come. But the idea is not to be scared about that one delivery and surrender even before going in,” Kohli said, trying to sound positive.

But for Kohli himself, it’s this positivity in approach that has been lacking. And that’s one area where this England team has scored over India.

While the visitors have grappled to find their best XI, England, despite a forced change in the second Test, have a better idea about what their best XI is in the series. And that’s why Ben Stokes, who returned to the squad after a trial in Bristol court, is going to play. It means all-rounder Sam Curran, who was the Man of the Match in the first Test at Birmingham, will have to make way.

“It was one of the most difficult decisions of my life but I had to take it. Sam has done exceptionally well in the time that he has been with the team and he could be back later in the series, but for this Test match, Ben is our best option,” England captain Joe Root said. 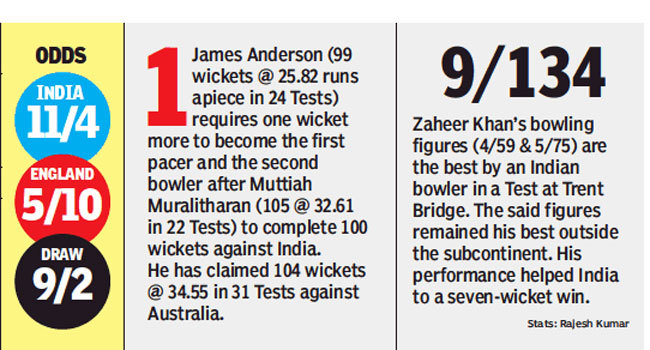 The England captain is also adamant about retaining leggie Adil Rashid, who didn’t have to either bat or bowl at Lord’s. Root believes a spinner adds variety to the attack and he will have him in the XI, even if the leggie is used sparingly.

That’s the kind of clarity that has sometimes been lacking in the Indian thinking process. It’s probably to do with the inability to cope with the conditions, but three Tests should be good enough time to stage a fightback.