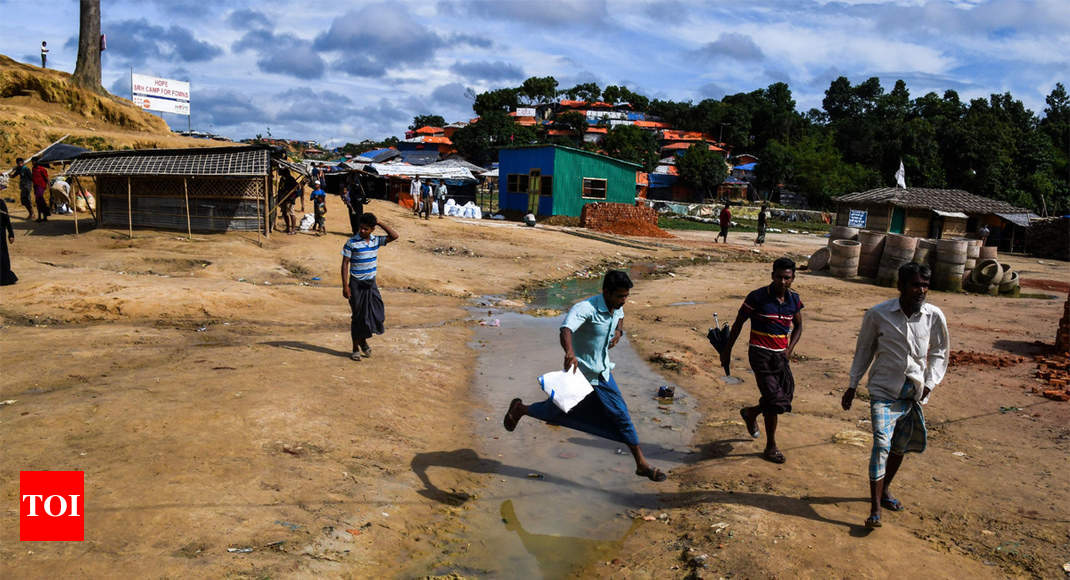 UNITED NATIONS: The UN Security Council is planning to commemorate the one-year anniversary of Myanmar’s violent crackdown that led about 700,000 Rohingya Muslims to flee to Bangladesh at a meeting later this month.

British Ambassador Karen Pierce, the council president for August, said at a news conference Wednesday that Secretary-General Antonio Guterres, who called the Rohingya crisis “ethnic cleansing,” is expected to brief the council at the session.

Pierce said Britain wants the Aug. 28 meeting to focus on gaining “unconditional access” to Myanmar for the U.N. refugee and development agencies so they can work with the Myanmar and Bangladesh governments “to make a credible plan to get the refugees back home in safety, dignity and security.”

She said it’s “a huge issue” that will also depend on Rohingya having “livelihoods” and places to live when they return. She also cited two other major issues _ accountability for what happened and citizenship for Rohingya.

Rohingya face official and social discrimination in predominantly Buddhist Myanmar, which denies most of them citizenship and basic rights because they are looked on as immigrants from Bangladesh even though the families of many settled in Myanmar generations ago. Dire conditions led more than 200,000 to flee the country between 2012 and 2015.

The latest crisis began with attacks by Rohingya insurgents on Myanmar security personnel last Aug. 25. The military responded with counterinsurgency sweeps and a scorched-earth campaign against Rohingya villages. It was accused of widespread human rights violations, including rape, murder, torture and the burning of Rohingya homes. Thousands are believed to have died.

The U.N. human rights chief, Zeid Ra’ad al-Hussein, has insisted that the possibility of genocide against Rohingya was real and has called for the issue to be referred to the International Criminal Court.

Pierce said the plight of the Rohingya would have to be referred by the Security Council and at the moment “we are a hundred percent sure there would not be a positive decision.” China, a veto-wielding permanent council member close to Myanmar’s government, would almost certainly oppose a referral.

But, Pierce said, “there’s a lot of collection of evidence going on in Bangladesh in the camps _ evidence to a sufficiently high investigative standard against the day when there might be an accountability mechanism, and this might lead to some form of justice.”

She said this is being done by independent lawyers and the issue of whether there should be a more formal process to collect evidence is expected to be discussed in the coming weeks.

One possibility is turning to the U.N. General Assembly. The 193-member world body, where there are no vetoes, established an investigative body in December 2016 to assist in documenting and prosecuting the most serious violations of international law in Syria, including possible war crimes and crimes against humanity.

Pierce said the Aug. 25 council meeting will also review the humanitarian situation of Rohingya in Bangladesh, where they are currently struggling through monsoon rains, and encourage donors to help support them.