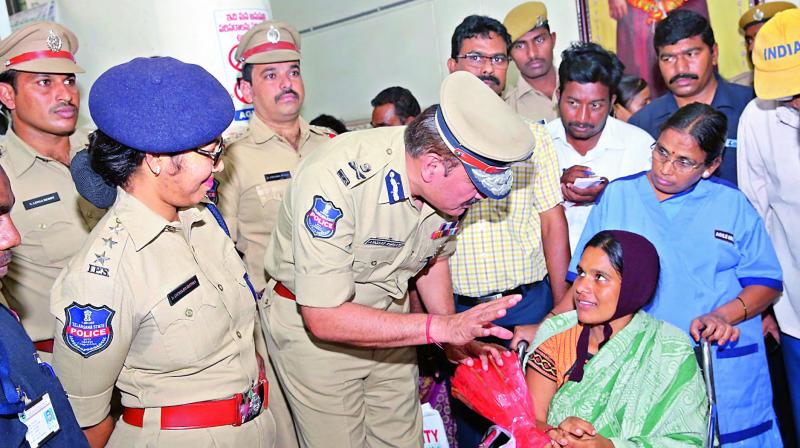 Hyderabad: The police on Wednesday nabbed two suspects in Bidar, Karnataka, in connection with the kidnapping a baby from the Koti maternity hospital in Hyderabad on Monday.

DCP, East, M. Ramesh, who visited the Koti hospital, said, “We have identified the kidnapper and will be arresting her soon.” He said the woman was a habitual offender, and had tried to kidnap children twice earlier. The baby was traced quickly after the police, on receiving a complaint, scanned CCTV footage and found that the kidnapper had taken a bus to go to Bidar. The police got in touch with the driver, and got the first clue  to track the baby.

Police commissioner Anjani Kumar said the police would be installing CCTV cameras in all government hospitals and sterngthen security, Mr Kumar visited the Sabawat family after the baby was handed over to them.

Vijaya and Mari, decided to name their daughter Chetana, to thank ACP, Sultan Bazaar, Dr M. Chetana, whose quick action in analysing CCTV footage and following up on the clues helped the police recover the baby.