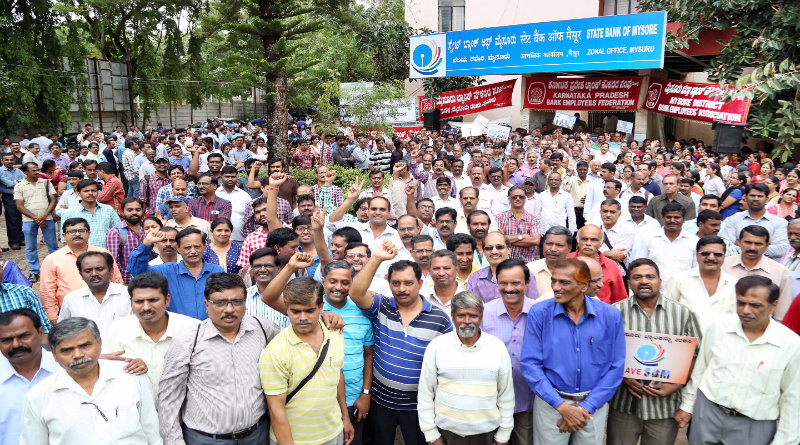 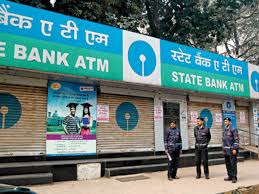 Over 10 lakh bankers in the government and private sectors are gearing up for a two-day strike starting on May 30, as the Indian Banks’ Association (IBA) did not make any improved offer over the two per cent wage hike made earlier, an All India Bank Employees Association (AIBEA) leader said.

The strike is spearheaded by the United Forum of Bank Unions (UFBU), an umbrella body of nine unions.

The bankers would strike work demanding early revision of the wages. The wage revision has been due since November 1, 2017.

“It is now too late for us to go back on our strike call. We had requested the IBA to come up with a better offer than the mere two per cent hike offer made earlier.

“We also asked the IBA not to delink the wage negotiations for bank officers in the Scales 4-7. The IBA did not do anything,” AIBEA General Secretary C.H. Venkatachalam told IANS.

He said at the conciliation meeting held on Monday, the Chief Labour Commissioner (CLC) had asked the IBA not to raise new controversies like delinking the wage talks for officers in the 4-7 scale.

“Though the CLC tried its best to sort out the strike issues, there is no positive developments. Hence strike on May 30 and 31 (Wednesday and Thursday) stands,” All India Bank Officers’ Confederation (AIBOC) General Secretary D.T. Franco said.

According to Venkatachalam, with regard to the coverage of officers from Scale 4-7 the IBA said it did not get the mandate from six banks as they opted to cover officers up to Scale 3 level.

However, 14 banks have given the mandate for covering the officers up to Scale 7 in wage negotiations as was done in the previous wage settlement negotiations, he said

According to The Business Standard, Verma had held a conciliatory meeting between the United Forum of Bank Unions (UFBU), finance ministry officials and the Indian Banks’ Association (IBA) in an effort to avert the strike. “The CLC tried his best to sort out the strike-related issues but there is no positive development. Though the bankers, through the IBA, said they are willing to reconsider the proposed wage hike, there was no concrete proposal. Hence, the strike stands,” All India Bank Employees’ Association General Secretary C H Venkatachalam told the daily.

DT Franco, general secretary, All India Bank Officers’ Confederation added that about 1 million bank officers are expected to participate in the strike on May 30 and May 31.

With AIBEA president Rajen Nagar reportedly announcing that ATM security guards will be among the participants in the strike, some ATMs may remain shut over the next two days. So if your salary gets credited at the end of the month, you may not be able to withdraw it till Friday.

To remind you, last week, UFBU – an umbrella body of nine unions, including All India Bank Officers’ Confederation (AIBOC), All India Bank Employees Association (AIBEA) and National Organisation of Bank Workers (NOBW) – had called for the strike to protest against a ‘meagre’ 2 per cent wage hike offered by the IBA earlier this month.

In comparison, in the last wage settlement, for the period November 2012 to October 2017, IBA had given a wage hike of 15 per cent. Hence UFBU is now demanding an expeditious and early wage revision settlement, an adequate increase in salary and improvement in other service conditions and wage revision settlement to include all officers up to scale VII, which will include divisional managers to general managers. IBA has currently decided to restrict wage negotiations to scale-III officers or up till the senior manager-level.

The report added that during the conciliation meeting, UFBU told the CLC that the proposed hike “was not at all acceptable, considering the rise in cost of living”. As per the minutes of the meeting, IBA officials had stated that in view of the huge non-performing assets that banks are grappling with, the wage hike had to be capped at 2 per cent. According to a recent CARE Ratings report, NPAs of the 26 banks that have declared Q4 results so far show a 15% jump over December quarter at Rs 7.31 lakh crore.

But UFBU convener Devidas Tuljapurkar later pointed out that “It is only because of provisions towards NPA that banks have booked losses, and for this, bank employees are not responsible”. He added that bank employees have worked tirelessly for implementation of government initiatives such as Jan-Dhan, demonetisation, Mudra and Atal Pension Yojana, among others, in the past two-three years, which resulted in a “huge increase in their workloads”.

In light of the above, according to the daily, Verma had advised the bank management to offer a fresh wage hike, adding that “as in the past, wage settlements, the officers from scale-IV to scale-VII were also covered so this time also they may be a part of the wage negotiations because excluding them may cause a fresh controversy which may not be conducive for amicable industrial relations”.

As per the minutes of the conciliation proceedings, the IBA officials had said that they were ready to negotiate further but having already waited nearly a month, the bank unions have apparently lost patience.