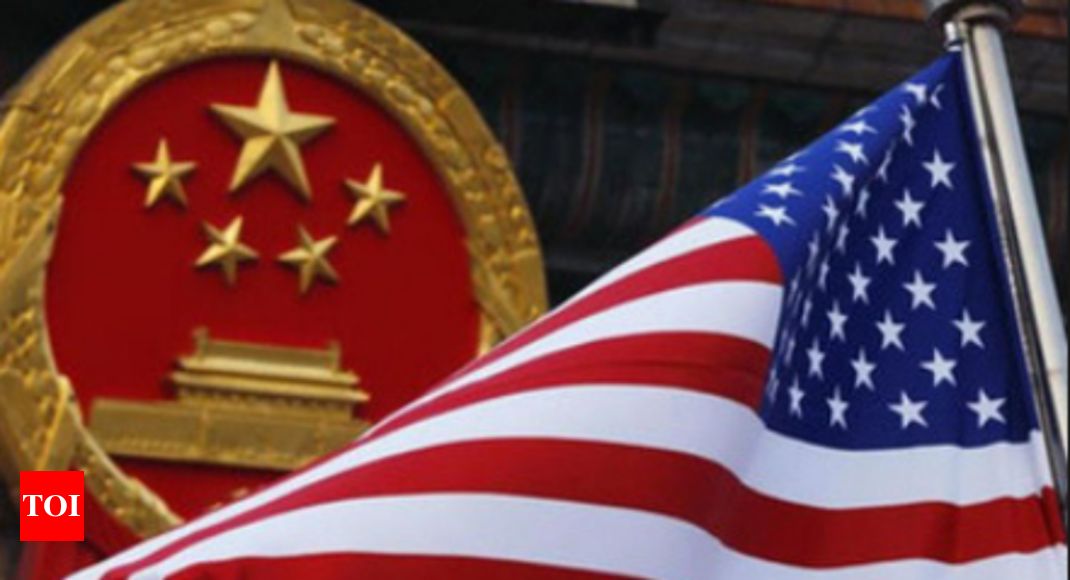 WASHINGTON: US President Donald Trump has ruled out backing down on import tariffs against China and threatened that the tariffs could go up to $500 billion worth of Chinese goods if the two countries are unable to strike a “fair” deal soon.

The White House has already imposed 25 per cent tariff on $50 billion worth of Chinese goods containing industrially significant technologies in an escalating tit-for-tat trade war between the world’s two largest economies.

In response, China slapped tariffs worth $34 billion on 545 American goods. In mid-June, Trump warned that if Beijing went through with the tariffs, he would impose tariffs on an additional $200 billion worth of goods.

“The tariffs, in fact, could go up to $500 billion, frankly, if we don’t make a deal. And they want to make a deal,” he told Fox News yesterday.

“I will tell you, China wants to make a deal, and so do I, but it’s got to be a fair deal for this country,” he said. He ruled out backing down on tariffs against China.

“No, no, no, no. No,” Trump said when asked if his administration is going to back down on tariffs against China.

“So do I, but it’s got to be a fair deal for this country. One of the hard things is, our presidents and our business leaders, they were missing in action — not so much the business leaders,” he said.

“Some business leaders benefit by allowing this stuff to go on. That’s the problem. They benefit. They’re more for their business than they are for the US,” he said.

“I had a great company, the head of a great company come up to me. He’s very seriously affected by the tariffs. He said: ‘President, it’s not for me right now. Ultimately, it is, but you’re doing the right thing on tariffs’,” Trump said.

“I get along with China. I like the president. He’s president for life. We can call him the king, right?” he asked.

“But I like the president. I didn’t like pinpointing China. I don’t think it’s fair, because they’re not the only ones. Now, they’re bigger and stronger. Frankly, they do it more. They’re probably a bigger violator. But it’s other countries too. I wanted to go worldwide. We are doing that. So, actually, what I’m doing is a very similar thing. But I want it to pertain to everybody,” he asserted.

“So, you mean China can’t do it, but other countries can? Now, I know China, and I know how smart they are. They’ll send their people into other counties and do it through other counties. They’ll just go through an extra process,” he explained.

Trump in response to another question labelled the European Union “as bad as China” when it comes to trade, as he defended his America First policy. Asked whether it would be better to team up with Washington’s European allies to try to change China’s trade practices, Trump said: “No… they treat us badly, they treat us very unfairly.”

“The EU is possibly as bad as China, just smaller. It is terrible what they do to us. European Union, take a look at the car situation. They send a Mercedes in. We can’t send our cars in,” he said.

Trump’s steel and aluminium tariffs, 25 per cent on steel and 10 per cent on aluminium, have resulted in retaliatory measures from the 28-member EU on products from motorcycles to bourbon and blue jeans.

Canada on Sunday announced retaliatory measures against the metal tariffs, slapping US exports with $13 billion of new measures.