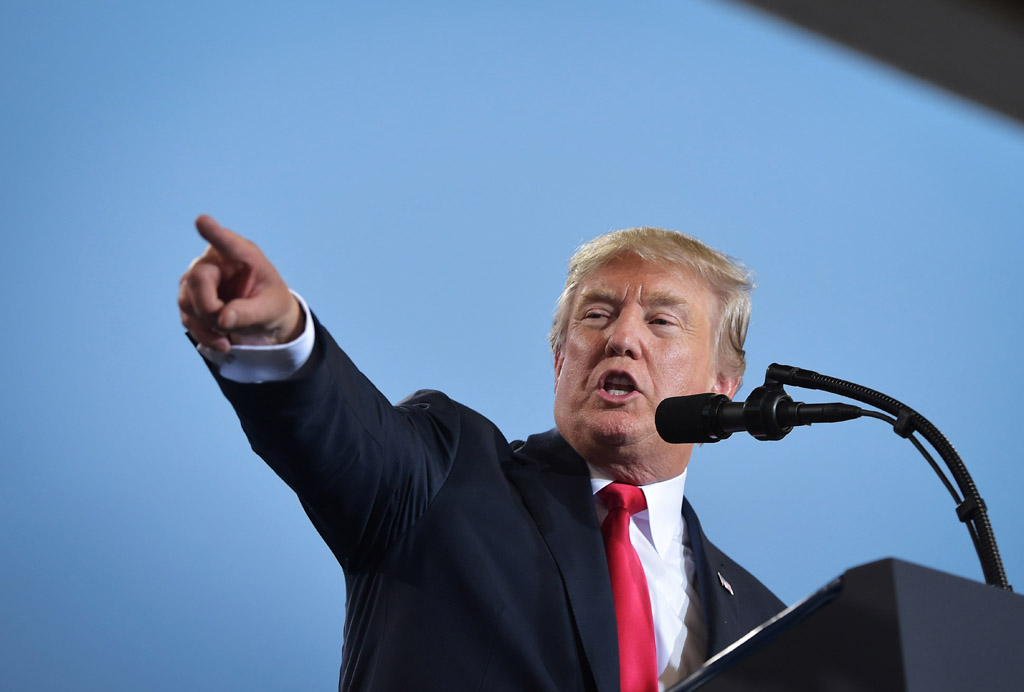 “And the FAKE NEWS winners are…,” Trump tweeted with a link to the website on Wednesday night.

The website displayed the following messages upon loading: “The site is temporarily offline, we are working to bring it back up. Please try back later,” and “Don’t worry, we’re making it great again. Start here.”

Trump previously said that he would be announcing “THE MOST DISHONEST & CORRUPT MEDIA AWARDS OF THE YEAR,” in a tweet earlier this month.

Links to cached versions of the website were shared on social media. Instead of announcing a pre-determined winner, the cached website appeared to be a poll asking “Who would you crown the ultimate KING OF FAKE NEWS of 2017.”

The Republican National Committee appeared to address the errors in a statement on Wednesday night: “Tonight, [the GOP] saw more traffic than ever before,” the committee’s official account wrote in a tweet. “Even though the servers were scaled up, the interest was even greater than anticipated. Traffic is off the charts. Come back soon.”

After announcing the “awards,” Trump later tweeted in support of what he called “great reporters” and “good news,” without listing any examples.