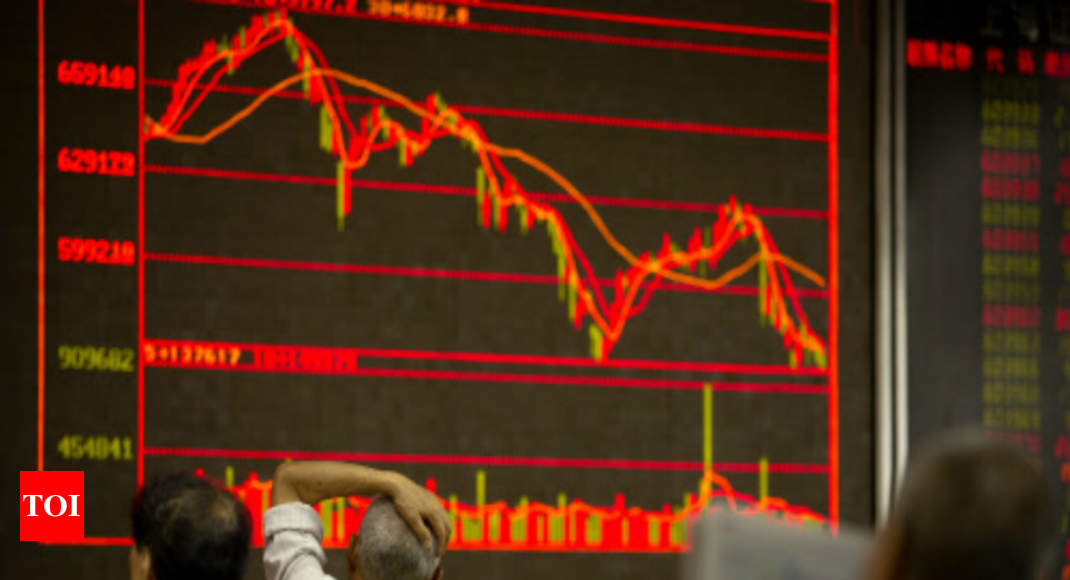 HONG KONG: The United States’ tariffs on $34 billion of goods it imports from China became effective at 9.30 am (IST) on Friday . Tariffs on an extra $16 billion may come later.

Beijing has said it will retaliate in equal measure. US President Donald Trump has threatened to impose tariffs on an additional $200 billion if China retaliates, and then an extra $200 billion upon further ripostes.

China imported $130 billion of US goods last year, while the United States purchased goods worth $506 billion from China, according to US data.

Global merchandise exports rose 11 per cent in 2017 to $17.2 trillion, according to the World Trade Organization (WTO).

Here is a look at the potential economic damage in Asia:

THE DIRECT IMPACT IS LIMITED

Ballpark estimates from economists show that every $100 billion of imports affected by tariffs chip away around 0.5 per cent of global trade, wiping off 0.1 percentage points of GDP growth. The direct impact on China’s economic growth in 2018 is estimated at 0.1-0.3 per centage points while the drag on its export growth is expected to be 1 per centage point. The effect on the United States will be less.

Global inflation should rise by 0.1-0.3 percentage points, not accounting for currency volatilities.

US tariffs on Chinese exports will apply to engines and motors, construction and farming machinery, electrical, transportation and telecom equipment and precision instruments.

Counter tariffs by China will hit US agricultural commodities, autos and aquatic products. Soybeans are the country’s biggest import from the United States by value.

BUT THE INDIRECT IMPACT IS FAR REACHING

Morgan Stanley estimates that world trade could be seriously disrupted as two-thirds of goods traded are linked to global value chains.

The Peterson Institute for International Economics shows that almost two-thirds of US imports from China come from companies with foreign capital, another avenue through which US tariffs targetted at China have an impact beyond its borders. Based on foreign investment flows, the capital is likely to have come mostly from the United States, Japan and South Korea.

Some analysts such as Singapore-based DBS say the US economy could suffer more than China’s, as US levies could affect American firms with investments in the country and Washington is also involved in other trade conflicts.

Uncertainty about trade could make banks wary of their exposure to affected industries and hurt the price and flow of credit. It could also make businesses reluctant to invest. Any tariff pass-through to consumers could affect domestic demand and consumer confidence. Higher volatility in financial markets hurts all of the above.

A model by Pictet Asset Management reckons a 10 per cent tariff on US trade fully passed on to consumers could tip the global economy into stagflation and knock 2.5 per cent off corporate earnings globally.

WHO IS MOST EXPOSED

A DBS analysis shows that South Korea, Malaysia, Taiwan and Singapore are the economies most at risk in Asia based on trade openness and exposure to supply chains. South Korea could see a drag of 0.4 per cent on growth in 2018, Malaysia and Taiwan lose 0.6 per cent, and Singapore 0.8 per cent. And the impact would be roughly double in 2019.

OECD data – which breaks down the value-added embodied in Chinese exports by its source country – shows Taiwan as the most exposed country in Asia with more than 8 per cent of GDP, followed by Malaysia at 6 per cent, South Korea, Hong Kong and Singapore at 4-5 per cent, Philippines, Thailand and Vietnam at around 3 per cent and Australia, Japan and Indonesia at around 2 per cent.

There are other variations to consider. For instance, the United States and China are Hong Kong’s major economic partners, but its economy is dominated by services, which are not subject to tariffs. An economy such as Vietnam’s, reliant on manufacturing, could feel more pain.