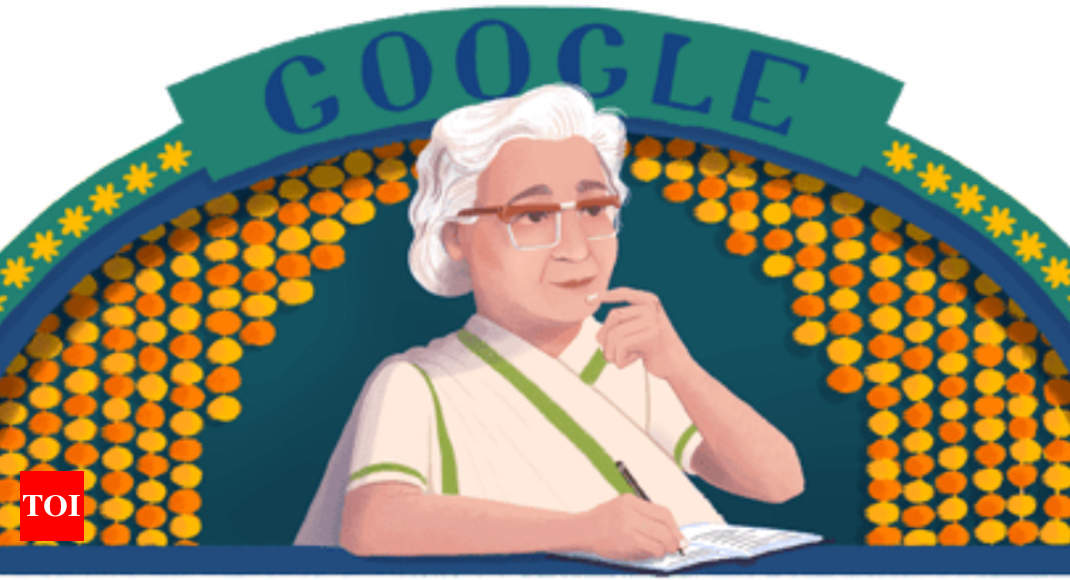 NEW DELHI: Today’s Google doodle has been dedicated to Urdu writer Ismat Chugtai. Back in the 1930s, Chughtai wrote on female sexuality and femininity, middle-class gentility, and class conflict, subjects considered taboo for the age.

Chughtai established herself as a significant voice in the Urdu literature of the twentieth century. She was awarded the Padma Shri by the Government of India in 1976.

Chughtai’s daughter, nephew and niece were married to Hindus. In her own words, Chughtai came from a family of “Hindus, Muslims and Christians who all live peacefully” She was known to be an avid reader of not only the Qur’an, but also the Gita and the Bible. She was cremated in Chandanwadi crematorium in accordance with her wish

Some of her writings, including Angarey and Lihaaf, were banned in South Asia.