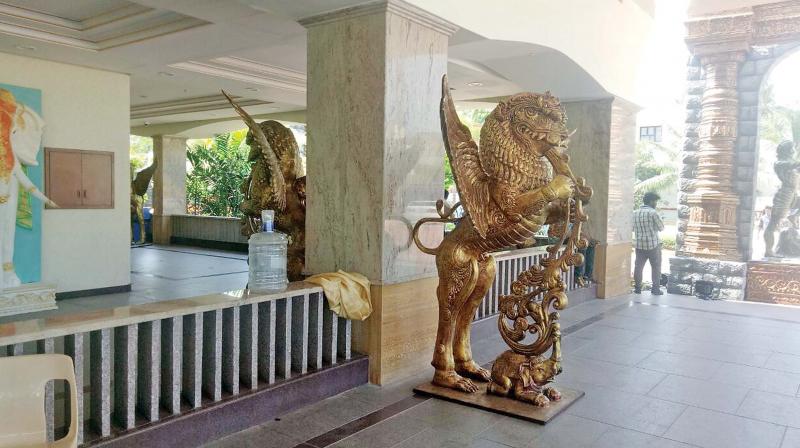 Chennai: Over seven acres of pricey plot in posh Thiruvanmiyur was sold at knocked-down cost by the Housing Board to a private trust that had allegedly promised to put up a public-spirited health facility but ended up building a massive marriage hall meant only for the very rich.

Housing Board had sold 7.44 acres to the Sri Ramachandra Educational and Health Trust, captained by V.R.Venkataachalam heading the Sri Ramachandra Medical College and Hospital at Porur, in a sale deed registered on July 15, 2014, when Jayalalithaa was the Chief Minister.

Documents available with DC showed that the Housing Board had collected Rs 33,46,79,000 cr for the property, which was originally in its Besant Nagar Phase-II Scheme, from the SREH Trust. It was alleged that the property was actually valued in the market at that time at Rs 405 crore while its guideline value was Rs 267.5 crore.

Interestingly, the same Trust had obtained the Board clearance for sale for its project at this site during the DMK regime in 2007 and fixed the price at Rs 6,01,320 per ground (2400 sq ft) but this was stopped by the government-sources said then Chief Minister M. Karunanidhi had halted it when he smelt a rat. However, the same deal was pushed through by the Board during the Jaya regime and at the same price seven years later-only this time, the Board charged the Trust 9.50 per cent as interest on the price originally fixed.

“This transaction calls for comprehensive probe by the investigating agencies. We wonder how the Housing Board went through this sale at this low price. A question also arises how a posh convention centre could come up here for hosting marriages for the wealthy families in what was supposed to be an activity from a medical trust”, said Poochi S. Murugan, DMK union leader in the Housing Board.

For those wanting to book an extremely comfortable marriage hall right on the main road just across the famous Marundheeswarar temple in Thiruvanmiyur, with well appointed banquet areas, terrific kitchen-dining spaces, ample car park, plus 20 air-conditioned rooms for the groom-bride families, Sri Ramachandra Convention Centre has an attractive page on the Net that gives details and photographs. All of this at just a little over Rs 19 lakh per day. A great initiative by an ‘educational and health trust’.