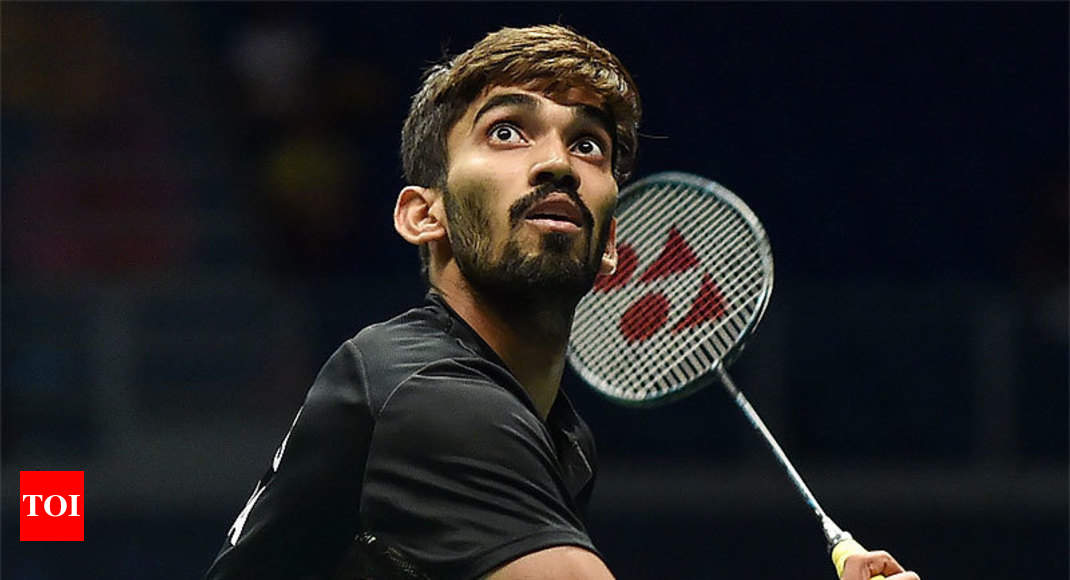 JAKARTA: Defending champion Kidambi Srikanth will look to find a chink in Kento Momota’s armour when he locks horns with the in-form Japanese in the opening match of the USD 1,250,000 Indonesia Open World Tour Super 1000 badminton tournament starting on Tuesday.

Two days ago, Srikanth was outwitted by the 22-year-old Momota en route to his final appearance at the Malaysian Open and the Indian will have to produce his top game to trouble the former world number 2 rival, who has been in sensational form since making a comeback after serving a one-year ban on charges of illegal gambling.

Momota, whose run of 21 successive wins was cut short by Malaysian legend Lee Chong Wei in the finals on Sunday, has defeated Srikanth six times in nine meetings, a statistic which the Indian will be keen to change.

Olympic silver medallist P V Sindhu, who also reached the semifinals last week, will look to continue her consistent performance when she opens the proceedings against Thailand’s Pornpawee Chochuwong at the Istora Gelora Bung Karno here.

For 16-year-old Vaishnavi Reddy Jakka, it will be about gaining experience and confidence by putting a good show when she crosses swords with Denmark’s Line Hojmark Kjaersfeldt in her campaign opener.

In men’s singles, H S Prannoy will have an arduous task of surpassing the legendary Lin Dan of China in his campaign opener, while Singapore Open champion B Sai Praneeth will face Chinese Taipei’s Wang Tzu Wei for the second time in two weeks, hoping to outwit the world number 15 rival this time and cross the opening hurdle after an early exit in the last tournament.

After a first-round exit in Malaysia, Sameer Verma too will look to keep his campaign alive this week when he takes on Germany’s Rasmus Gemke in the opening round.

In the men’s doubles, Japanese combo of Hiroyuki Endo and Yuta Watanabe will stand in the way of Commonwealth Games silver medallists Satwiksairaj Rankireddy and Chirag Shetty, while Manu Attri and B Sumeeth Reddy will meet third seeds Chinese Liu Cheng and Zhang Nan.

Women’s doubles pair of Jakkampudi Meghana and Poorvisha S Ram will fancy their chances when they square off against Indonesian pair of Agatha Imanuela and Siti Fadia Silva Ramadhanti, while Pranaav Jerry Chopra and N Sikki Reddy will face tough test in their opening clash with fourth seeded Chinese duo of Zheng Siwei and Huang Yaqiong.