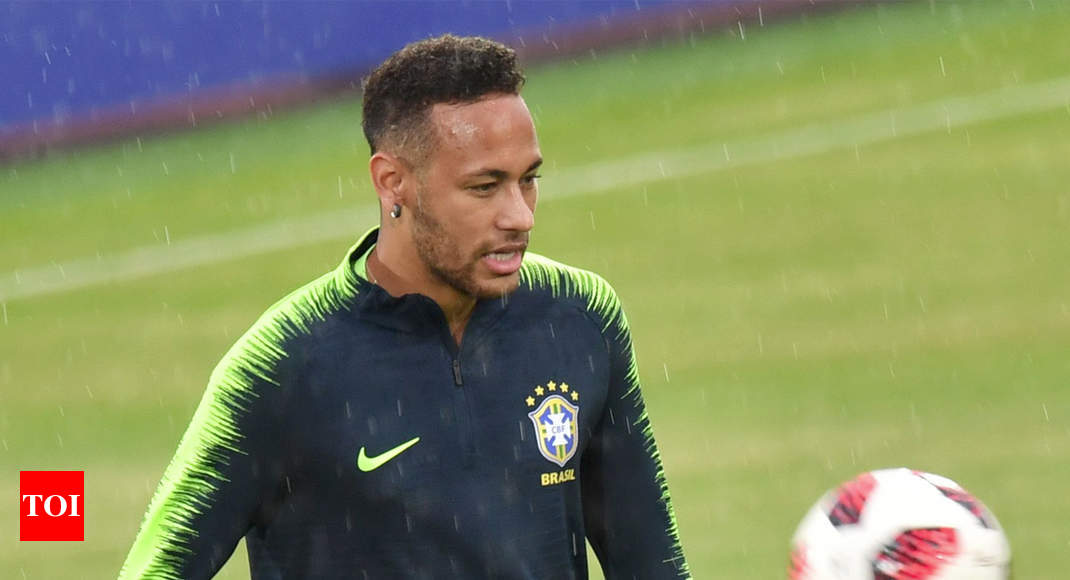 KAZAN (Russia): Brazil coach Tite has defended Neymar from criticism over his histrionics on the pitch and said he was just happy to have the team’s talisman playing “at his best” ahead of Friday’s quarter-final against Belgium.

Neymar has scored two goals in Brazil’s four matches, but he has been slammed by soccer pundits across the world for diving and rolling on the ground theatrically in Russia.

He has, however, also suffered a disproportionate number of fouls in the tournament so far, with his tally of 23 more than Uruguayan duo Luis Suarez and Edinson Cavani combined.

“I’ve already talked about Neymar and I’ve been very specific about what happened,” Tite told reporters on the eve of the quarter-final at Kazan Arena.

“What makes me happy is to have him playing at his best. It’s not just with the ball, it’s not just dribbling. There are actions, there are transitions, defensive transitions and if you look, you see how much he has contributed.”

Tite confirmed that his preferred left back Marcelo would return to the starting side in place of Filipe Luis after the Real Madrid defender missed the 2-0 win over Mexico through injury.

“I’ve spoken with both Marcelo and Filipe Luis. Filipe played very well in both matches. But now we are going with Marcelo again,” said Tite.

Fernandinho is also expected to replace the suspended holding midfielder Casemiro who picked up a second yellow card against Mexico.

The dominant win over the Mexicans cemented Brazil’s status as favourites to win a record-extending sixth World Cup trophy, but Tite said it would take a whole team effort to get past Roberto Martinez’s Belgium and their array of attacking stars.

“It will be a great match. Both teams excel with a beautiful football. Belgium have great players and a great coach as well. I’ve always put them in the group of favourites (for the title).

With Brazil’s last World Cup ending on home soil with a 7-1 semi-final humiliation by Germany that shocked the soccer-mad nation, Tite called on his players to ignore the pressure and expectations inevitably put on the side.

“If you ask me what is the greatest challenge of a World Cup? It’s the mental fatigue, the pressure is immense, and it’s extraordinary.

“(It) proliferates through the family. I hope the family can keep their heads cool. Don’t listen, don’t watch (the attention) because there is a lot of psychological pressure.”