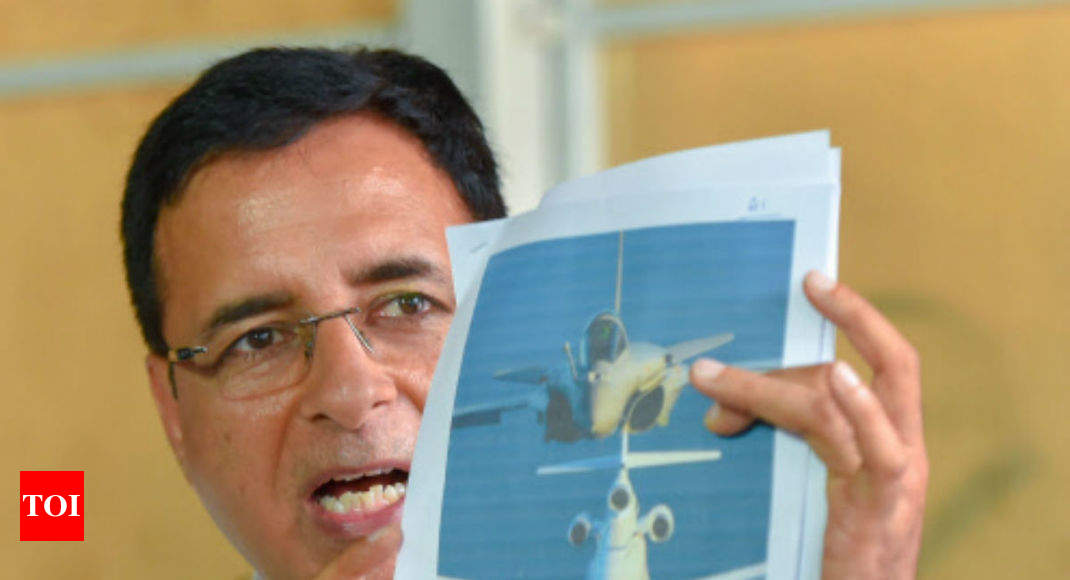 NEW DELHI: Dubbing his Independence Day speech as “hollow”, Congress asked Prime Minister Narendra Modi if he was ready to debate with party chief Rahul Gandhi on the achievements he listed from the ramparts of the Red Fort as also on corruption and malgovernance which he had ignored.

The opposition party reacted strongly to the speech delivered by Modi where he claimed that pace of development had picked up manifold as compared to the UPA regime.

AICC spokesman Randeep Surjewala accused the PM of skipping from his speech “instances of corruption” like Rafale deal and other pressing issues such as farm distress, falling Rupee, bad state of the economy, mob lynching, atrocities on women and Doklam.

For the third day, Congress suggested that Modi debate with Rahul.

In 2013, Modi spoke with a replica of Red Fort as the backdrop and challenged then PM Manmohan Singh to a debate on graft, threat of China and Pakistan, falling rupee, economy, unemployment. Reminding him of his challenge, Surjewala asked, “Five years after you have taken over as the PM, are you ready for a debate on those very issues with Rahul Gandhi?”

Saying there was need for a “second struggle for Independence,” Surjewala said, “The truth is that the PM, in his last address to the nation on Independence Day, did not utter a single word that would be meaningful to the common person. The people are now tired of the fake ‘acche din’ and are waiting for ‘sacche din’ when Modi will depart as the PM of the country.”

Congress charged the PM with “undermining” the country’s standing in the world for over 70 years as also the entrepreneurial contribution of Indians after independence. “The PM’s statement of this nature is myopic and uncalled for on a day like the Independence Day,” Surjewala said.