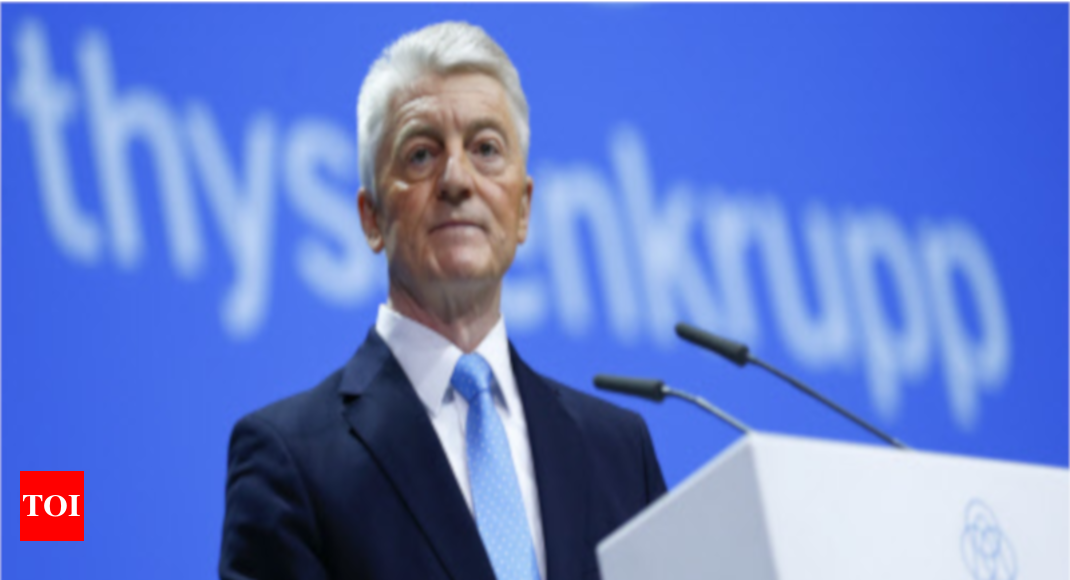 LONDON: The CEO of German industrial giant Thyssenkrupp on Thursday announced his resignation, just days after he hailed the “historic” merger of the company’s steelmaking business with Tata Steel.
In a move that came as a surprise, the company announced that Heinrich Hiesinger has asked the Supervisory Board of the company to end his mandate as Chief Executive Officer of Thyssenkrupp AG “in mutual agreement”.

A joint understanding of Board and Supervisory Board on the strategic direction of a company is a key pre-requisite for successfully leading a company, he said.

He added: “The joint venture of our steel activities with Tata is the next significant step to turn Thyssenkrupp into a strong industrial company. We can be proud of what we achieved until now.

“For this I would like to thank all employees. They are the most valuable capital of Thyssenkrupp.”

Tata Steel’s 50-50 joint venture with Germany’s Thyssenkrupp has created Europe’s second-largest steel company after Lakshmi Mittal’s ArcelorMittal. The JV combines the European steel businesses of the Indian steel major with the German firm to create Thyssenkrupp Tata Steel BV. The new steel company will have a total workforce of 48,000 employees spread across 34 sites.

Prof Ulrich Lehner, chairman of the supervisory board, praised the outgoing CEO and said that the Board, under the leadership of Hiesinger, has freed Thyssenkrupp from an “existential crisis” and made the company ready for the future by implementing the strategy which was agreed by the Supervisory Board.

“Without Heinrich Hiesinger there would be no Thyssenkrupp today. I am deeply grateful for what he achieved and especially for how he achieved this: intelligent, modest, consistent; with far-sightedness and social responsibility and always in the interest of our customers, employees and shareholders,” he said.

The Supervisory Board will meet tomorrow to discuss and decide on the request of Heinrich Hiesinger, Thyssenkrupp said.