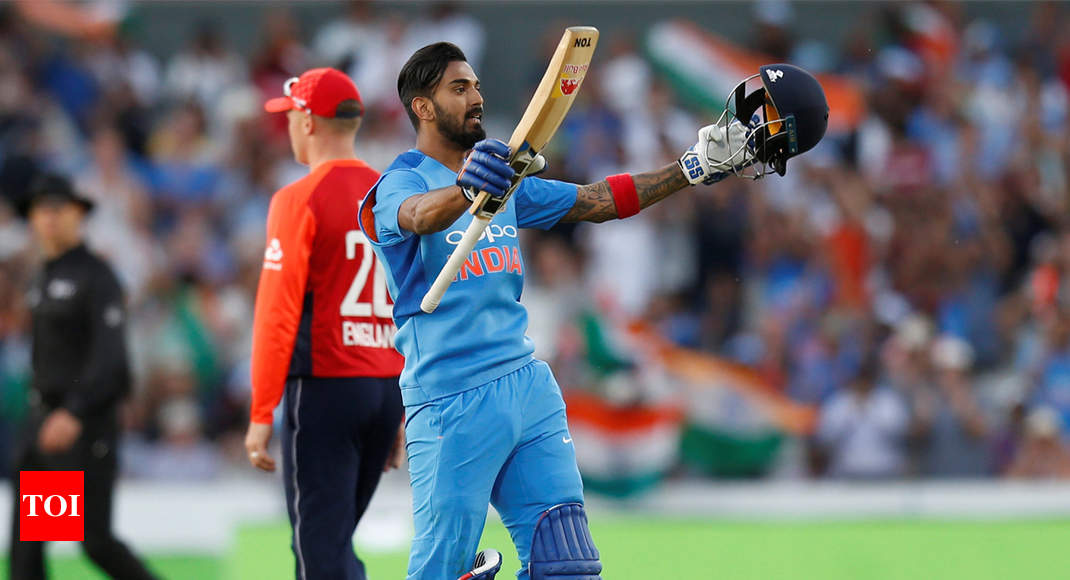 MANCHESTER: The drought of international hundreds was playing big time in his mind and that’s why the century in the opening T20 International against England “means the world” to the talented Indian batsman KL Rahul.

Rahul’s unbeaten 54-ball 101 ensured a walk in the park for India as they chased down 160 against the home team on Tuesday.

The earlier century he was referring to was against England in a Test match — 199 in Chennai in 2016.

Rahul admitted that it has been a rough road for him as far as his place in the limited overs squad is concerned.

“I have been getting fifties in the IPL and Test matches, been in and out of the one-day team. It’s been a rough road in the last one, one-and-a-half years with injuries, going out. I haven’t chased anything this much, with so much heart and passion, so this innings means the world to me,” a beaming Rahul said.

The common refrain among most international cricketers is that they don’t chase numbers but Rahul said that when the three-figure mark eludes a player, he values it even more.

“Being out of form is getting out in single-digits, but that wasn’t happening. I was getting starts, I was batting well. Obviously a couple of injuries, going in and out of the team . . . not finding a spot after some time has always been tough.