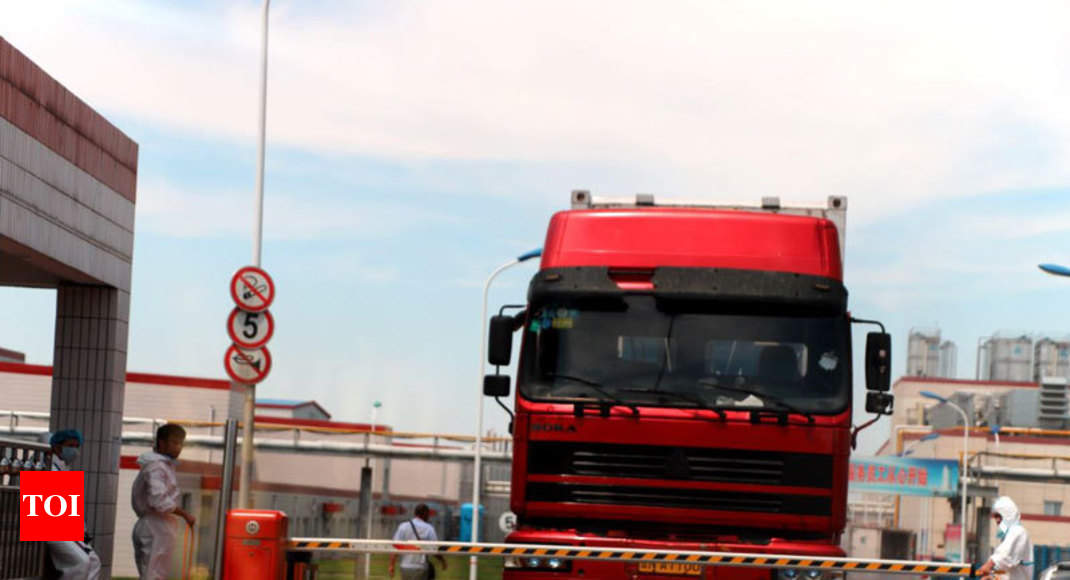 BEIJING: China’s Ministry of Agriculture said on Sunday 88 hogs had died from African swine fever in the eastern city of Lianyungang, the third outbreak this month, as the highly-contagious disease threatened to spread through the world’s biggest pig herd.

A total of 615 hogs have been infected since Aug. 15 with the swine fever in Lianyungang, in Jiangsu province, where authorities have banned the movement of hogs, related products and animals that are easily infected both into and outside the affected area, the ministry said.

Emergency measures, including culling and disinfecting animals, have brought the outbreak in the city’s Haizhou district under “effective control,” the ministry said.

The ministry did not answer a call or immediately respond to a fax seeking comment on how it is acting to contain the spread of the swine fever.

The Jiangsu cases are the third outbreak of African swine fever in China this month. The disease, for which there is no available vaccine, had never previously been detected in East Asia. It does not affect humans.

By road, Lianyungang is about 1,300 kilometres (808 miles) south of Shenyang, the provincial capital of Liaoning province, where China’s first case of the fever was reported on Aug. 3.

A second outbreak was reported on Thursday about 600 kilometers (373 miles) east of Zhengzhou, the capital of Henan province in central China.

The pigs found to be infected in Zhengzhou had travelled from a live market in Heilongjiang province, which, like Liaoning, is in China’s northeast.

Liaoning has culled more than 8,000 hogs in an attempt to contain the outbreak, while a unit of WH Group, the world’s top pork producer, said it had culled 1,362 pigs at the slaughterhouse where the Zhengzhou cases were discovered.