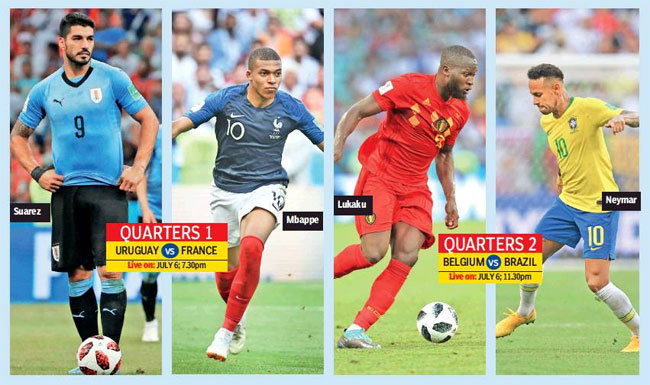 SOCHI: It is the World Cup of the Garra Charrua.

As the quarterfinal lineup is settled and one does not see Germany, Argentina, Spain and Portugal among the survivors, the focus shifts to Uruguay and the fighting spirit that Luis Suarez will invoke to emasculate the threat of Kylian Mpbappe as their quarterfinal clash looms.

Garra Charrua means ‘Charruan Claws’ – the Charrua were an indigenous people in Uruguay. Legend has it that they were brave and ferocious in face of impossible odds. Thus, the spirit – their claws – is believed to drive Uruguayan soccer in difficult situations. 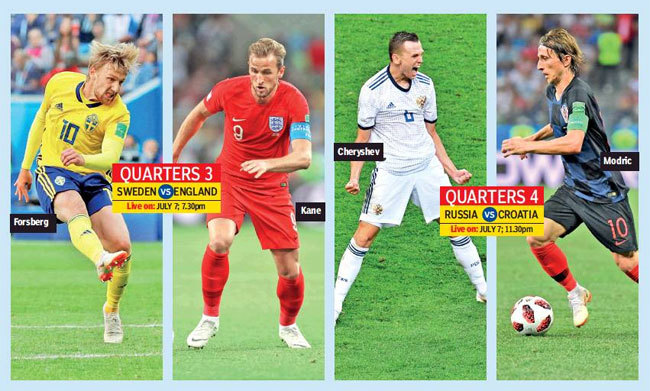 In the summer of 2018, this phenomenon caught the imagination of South Korea, Russia, Iceland, Nigeria and Sweden who one way or the other knocked the stuffing out of the elite adventurers of the game. Over 56 matches, one could see the ruins of reputation strewn across the newly-laid turfs of Kazan, Samara, Luzhniki and Spartak.

ALSO READ: How do the World Cup quarter-finalists compare?

Mexico kicked up a dust storm, or Carlos Vela if you want to be more specific, to send across the first telegram with the word ‘beware’ written in bold letters from the Luzhniki. Defending champions Germany were not prepared for an onslaught from a team 15 rungs down in rankings and even more in medal count.

Sweden too drew from their Viking spirit to almost stop the defending champions before a last-gasp Toni Kroos free-kick salvaged Germany’s campaign, though not for long.

South Korea hammered the final nail in their coffin, riding on self-belief and determination to overcome seemingly unsurmountable odds. The 2-0 result will forever be talked about.

Lionel Messi’s Argentina suffered a starkly similar fate against Iceland, a nation whose football playing prowess was known to the world only two years ago. The number of books written on Argentinian soccer would outnumber the European nation’s population of 340,000. Maybe just.

That stalemate changed Messi’s prepared script and the Albiceleste now find themselves far away as the action enters its decisive phase. ‘Pass masters’ Spain lived the life of a straggler after crossing the borders of Russia. Portugal matched them evenly but it was Morocco who gave them lessons in guerrilla warfare on the soccer pitch. It was the same fighting spirit against immense odds that marked Russia’s entry into the last eight, dethroning Spain.

The lowest-ranked to enter the World Cup, Stanislav Chercheshev’s Russia showed their spunk in Luzhniki after lulling Spain into believing that the hosts could hold on to Sergei Ignashevich’s own goal.

The battle went on for 120 minutes; the hosts refused to bend and finally dragged the 2010 world champions to the shootout. Igor Akinfeev, according to the locals, raised 70-year old visions by keeping the aggressors from breaking through.

Now Russia, along with Sweden, are dreaming of a place in the semifinals, something even a die-hard gambler would not have put his money on when it all started on June 14.

It is the same spirit that Jose Andrade, son of an African-born slave, showed in the 1950 World Cup, the last that Uruguay won. Now as duty calls, Suarez draws on the Charruan claws. “We give our lives for every ball,” said Lucas Torreira, Suarez’s deep-lying midfield colleague. “This country is very small but it has a huge heart.”

‘Scrap and defend’ is an old slogan in Russia that is finding new credence. Even England were able to shake free from a curse – that befell them in 1990 – against Colombia with a shootout victory.

The theory of resistance is gaining ground in Russia as the choreographed war enters a new phase with Uruguay leading the rally.