When England fast bowler James Anderson had opener Murali Vijay out caught behind in India’s second innings on Sunday, he set the record for taking the most wickets in Tests between England and India. Incidentally, Vijay’s wicket was also his 100th at Lord’s and 550th in Tests.

Anderson finished with 4/23 in the second innings (match haul of 9/43) of the Lord’s Test as England walloped India by an innings and 159 runs.

The England pacer’s 100th wicket at Lord’s put him in the august company of Sri Lanka’s spin legend Muttiah Muralitharan, the world’s leading Test wicket-taker with 800 scalps, who has taken 100 wickets in Galle, Kandy and at the Sinhalese Sports Club in Colombo. 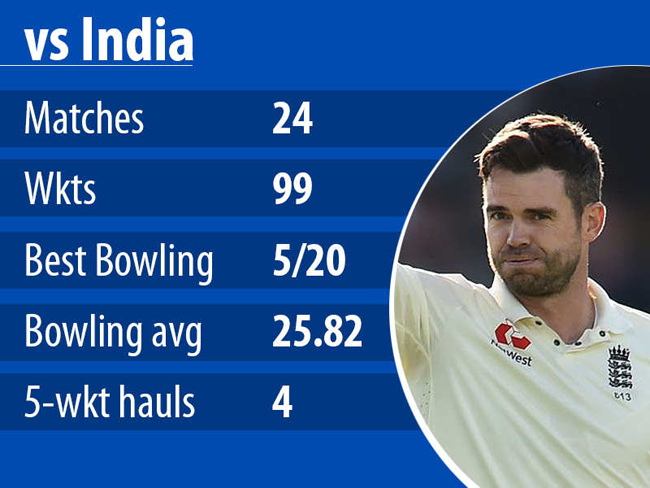 Anderson’ Test record against India (home and away):

Indian batsmen Anderson dismissed the most in Tests:
Sachin Tendulkar: 9