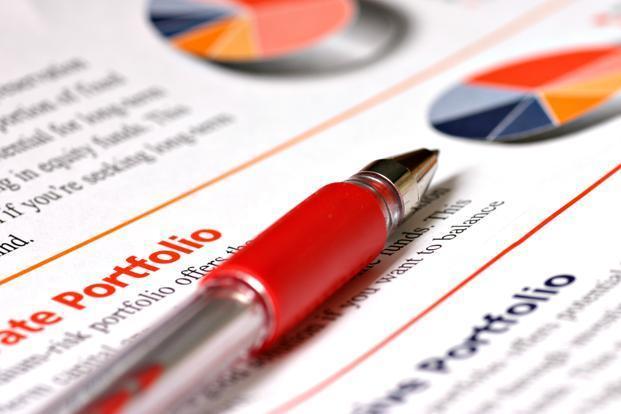 If one of your existing mutual funds has been reclassified as large-and-mid-cap fund, check if its strategy has changed. Photo: iStock

With the recategorisation exercise ended and all fund houses having announced their plans for their schemes, we find a new animal on the mutual funds street—the large-and-mid-cap fund. Is it different from multi-cap funds which also invests in a mix of large-cap and mid-cap stocks? 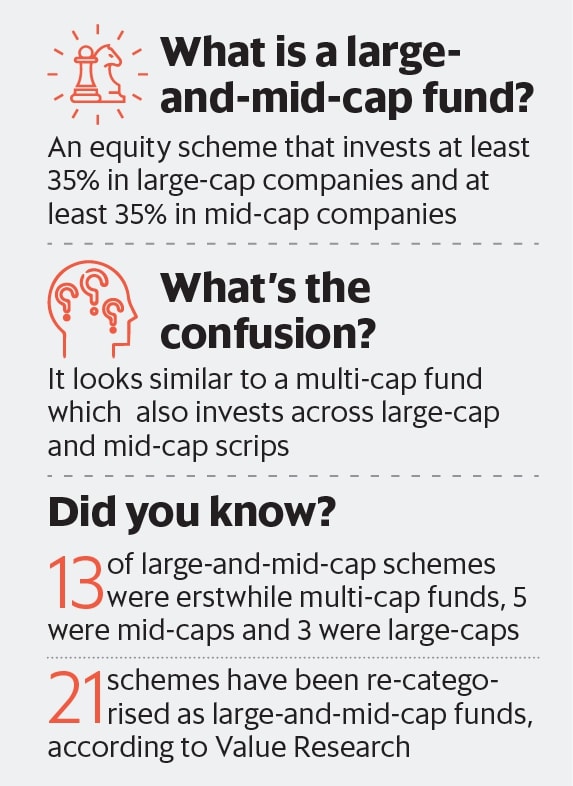 While a majority of erstwhile multi-cap funds have fallen into the new category, Radhika Gupta, chief executive officer of Edelweiss Asset Management Ltd, said that a large-and-mid-cap fund adds value when compared to a large-cap fund. “A large-cap fund must invest at least 80% of its corpus in large-cap stocks. This makes it reasonably restrained. Besides, Sebi has also defined a large-cap stock as one that falls in the top 100 stocks by market capitalisation. Hence, large-cap funds may not outperform their benchmark indices by much. What’s the way to earn higher returns? Large-and-mid-cap and mid-cap funds can invest more in mid-sized companies to generate extra returns,” she said. Gupta said these funds should now be the entry point for investors into equity funds.

Take a look at the portfolios of some large-and-mid-cap funds and you’ll notice that one scheme can be significantly different from another.

Mirae Asset Emerging Bluechip Fund, which was earlier a mid-cap fund, invested close to 35% in large-cap stocks (as per Value Research’s definition) till end-December 2017; its large-cap holding has gone up to 48% as of end-May 2018 after recategorisation as a large-and-mid-cap fund. DSP BlackRock Equity Opportunities Fund, a multi-cap earlier, used to invest close to 70% in large-cap stocks; it has 63% in large-caps as on end-May 2018. Although the former is mid-cap-oriented and the latter large-cap-oriented, both fall in the new category.

“Both are relevant,” said Swarup Mohanty, CEO, Mirae Asset Global Investments Ltd. Swarup said since Mirae Asset Emerging Bluechip was already investing close to 30% in large-caps, it fitted into this category as it had to increase the weightage of large-cap stocks only “slightly” to meet Sebi’s criteria. To remain a mid-cap fund, it would have had to add mid-caps at a time when shares of mid- and small-sized companies have been falling. With a corpus of around ₹5,500 crore, buying mid-caps wasn’t ideal, he said. 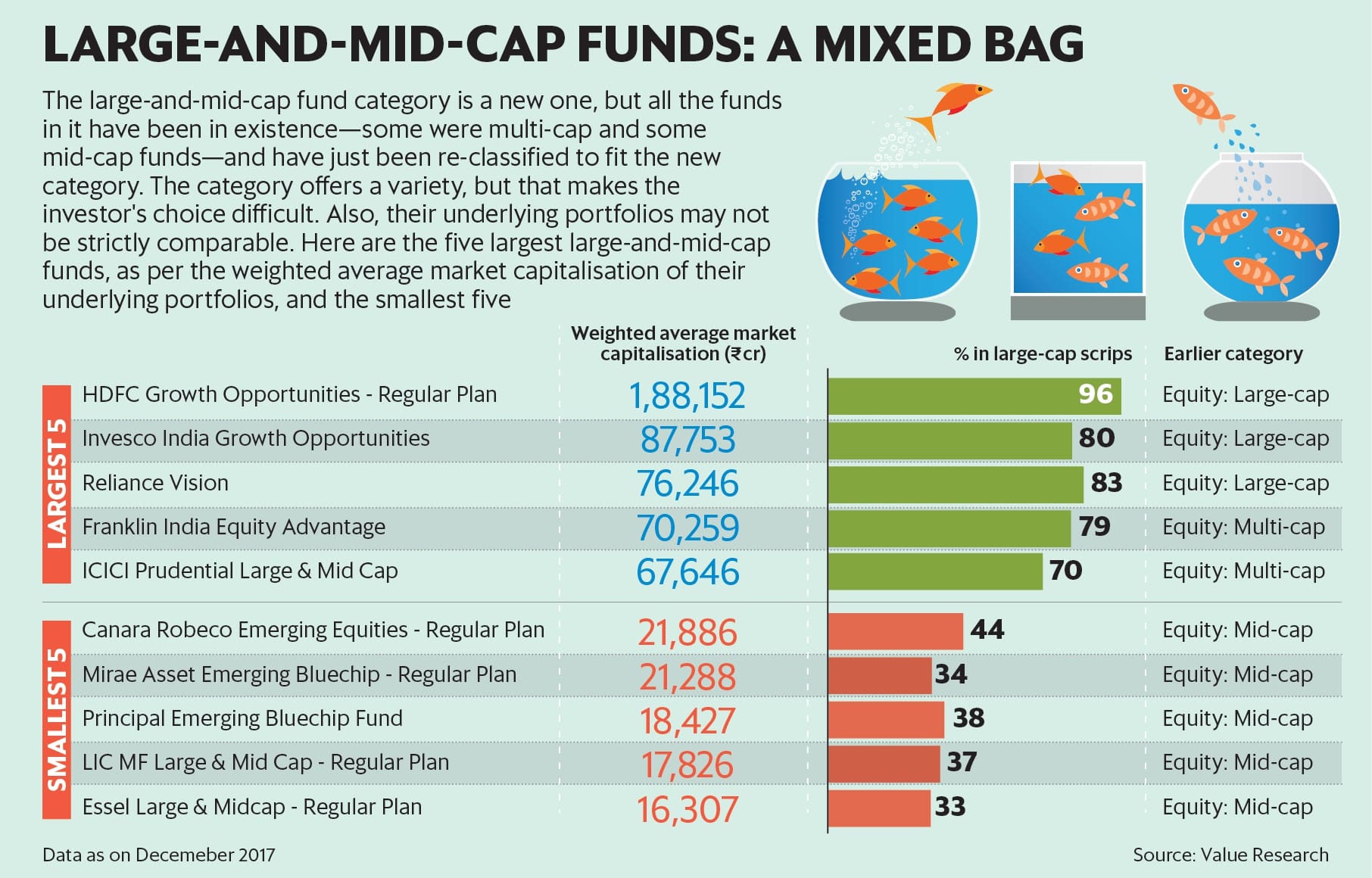 “After we saw which schemes have made it to this list (large-and-mid-cap funds), Mirae Asset Emerging Bluechip looked the odd one,” said Mohanty.

So much diversity could lead to confusion. “It’s an ugly, messy beast,” said Shyam Sunder, managing director, PeakAlpha Investment Services Pvt. Ltd. “It is contrary to what Sebi has been trying to do. The idea was that if you look at a scheme, you should know what it does. By looking at any of the schemes in this category, you can’t say if it is a large-and-mid-cap scheme,” he added.

Fund house officials, who requested not to be quoted, said this category was created to accommodate existing schemes, especially those from large fund houses with multiple schemes.

“This category does not add any value. There is little difference between a large-and-mid-cap and a multi-cap fund, except that the former must have at least 35% each in large-cap and mid-cap stocks. A multi-cap fund can be either large-cap-oriented or mid-cap-oriented depending on the fund manager’s view at a time,” said the head of products of a mid-sized fund house.

“Many large fund houses have been accommodated in this category. The big challenge is that past performance and portfolios of schemes in this category are not comparable,” said the CEO of a large-sized fund house.

If an existing fund in your portfolio has been reclassified as a large-and-mid-cap fund, check if its strategy has changed. If it has changed significantly, then switch to another fund from the category to which your fund originally belonged to. “In many instances, even though the scheme’s official categorisation may have changed, they will continue with the earlier strategy with minor differences. This shouldn’t worry investors much,” said Sasikumar.

View this category as an alternative to a multi-cap fund. But see if you are comfortable with the tilt it has taken.

If you are considering it, ignore past performance for the next year or two when comparing one fund to another. Since this is a new category, funds from all over the grid have come to it.

Check the scheme’s portfolio and look at its past performance in isolation, though. If the fund manager has managed it well, chances are the scheme will adjust well to this new category as well.