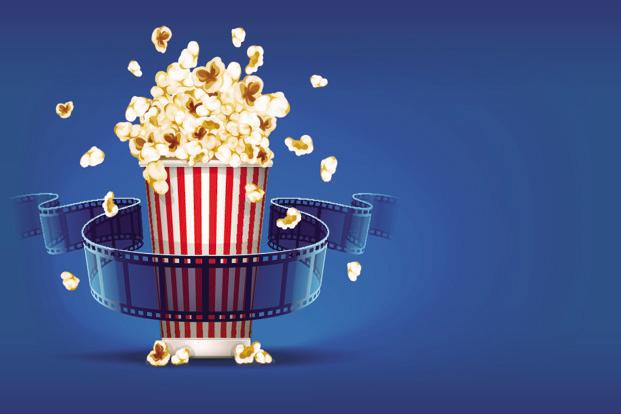 The popcorn wars have both consumers and firms hardening their stands.

As the security woman at the entrance to a multiplex turns my hand bag inside out giving competition to an airline security check, she gleefully hits pay dirt. Not a small grenade, she’s found my bottle of gum and my tiny jar of dry fruit. No food allowed. But this is not food, it is something I carry in my bag all the time. An argument ensues and the movie experience is reduced. Once inside the complex, I find myself unwilling to pay exorbitant prices for average quality food that is pushed hard by ushers-turned-waiters who come in the way of movie watching.

What food costs inside a multiplex is suddenly part of the urban middle class discourse at dining tables, at social events, on social media, with the humble popcorn itself at the core of this debate. Popcorn in a multiplex costs about 500% more than what you get outside in the mall. Pop them at home, and the mark-up is more than a 1000%. While there is other food and drink being sold that is more expensive than retail prices outside, the price point of popcorn shows the highest mark-up. To force sales, multiplexes prohibit outside food from entering their premises, making for a captive consumer group who is out to have a good time and is in a mood to eat, drink and be entertained.

While some of us either reduce our multiplex outings or stop eating the high priced food, one person went to court with a public interest litigation in the Bombay high court for his right to carry own food inside the hall. The high court asked the Maharashtra government to sort it out. The government is thinking about allowing own food into halls. The next hearing in on 25 July 2018. And as it happens sometimes, the most humble of things becomes a flashpoint of something bigger. The popcorn wars now rage between the right of the multiplex owners to price food as they want, their right to prohibit the entry of outside food, and the right of movie watchers to not be price gouged by being forced to buy predatorily priced items.

If this is a free market where the government lays down rules and entrepreneurs set up businesses making investments and incurring costs, then should there be an intervention ex-post? But on-going regulation is mostly an ex-post event. Take the case of the rationalisation of mutual fund schemes in 2018 by Sebi. The set of rules that were put in place in 1996 had been designed for a market that existed then, but 20 years later, innovation, competition and some sharp interpretation of rules lead to a market that had products that were not “true-to-label”. The argument can be extended that why should a regulator change rules after it has allowed a business to run in a particular way. Rules will always change as the situation changes.

The other thread that the popcorn wars point to is the question: are there limits to free markets? Michael J. Sandel in his must-read book, Justice, What’s the Right Thing To Do?, begins with the story of price gouging by sellers of ice, chain saws, roof repairers, transport services, hotels and motels in the aftermath of Hurricane Charley in 2004. Should free markets prevail and if demand outstrips supply, should prices not rise to a level that clears the market place? India faced similar questions in the aftermath of the Chennai floods in 2015 when airline tickets and hotel prices went through the roof. Such incidents are useful for a larger debate on the role of morality and law in free markets. Policy and law should ideally develop out of such debates and most laws are valid in the context of the contemporary situation. Therefore, ex-post revisiting of an existing law is needed to tweak the rules of the game to incorporate the changes to the underlying situation.

The popcorn wars have both consumers and firms hardening their stands. Firms are invoking issues of security – what if people carry bombs in tiffin boxes – and bad smell of Indian food, as some of the reasons to not allow outside food. Consumers can walk away from watching a movie, not eat the overpriced food or pay up goes the argument on the side of the firms. Consumers want the choice to carry own food into a hall, like they used to in the pre-multiplex era and that snacking while watching a movie is an integral part of the entertainment experience. They would not like to be price gouged in a captive situation.

By allowing people choice solves many of these issues. Most people will still buy from the multiplex because who packs food for a movie anymore? Those who have a medical condition or don’t want to spend that much can carry their own snacks. There can be simple rules of what you can or cannot carry inside. Low-cost airlines give this choice to their fliers and allow people to carry food on board. But few people open their tiffin boxes to eat, most buy the stuff the airline sells. Maybe if the airlines price them at 1000%, more people will bring their own food. A real free market does not take choice away to make utility maximizing decisions. Maybe multiplexes should themselves offer to do this rather than fight in court and alienate their customers even more. Their margins may not suffer that much and the goodwill they create might get more people into the halls.

Monika Halan is Consulting Editor at Mint and writes on household finance, policy and regulation.