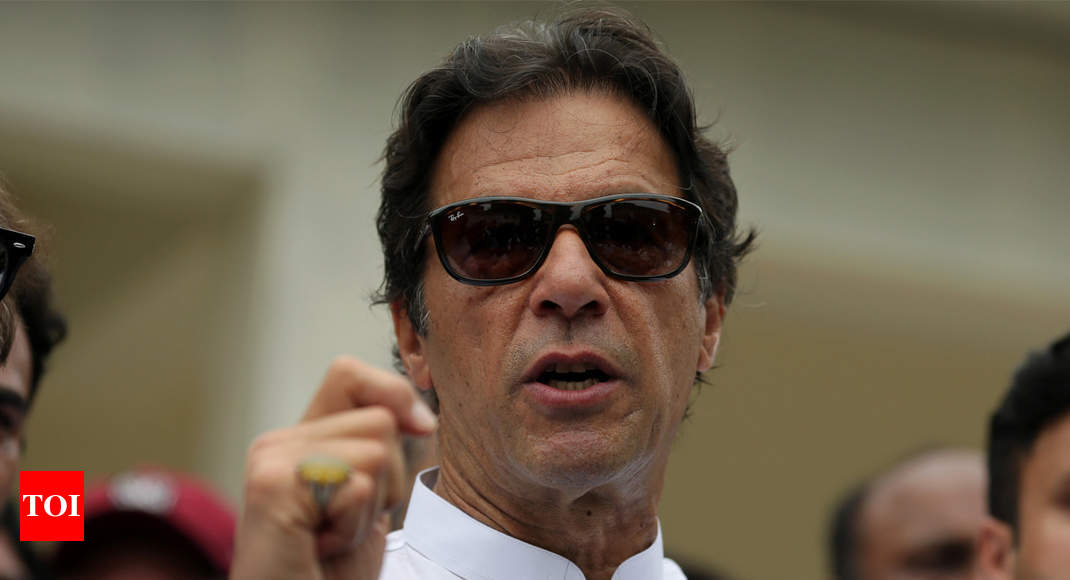 It is time we discarded the ‘cricket’ – even the ‘Kaptaan’ – parallels that have dominated headlines and social media to describe Imran Khan and his current narrative.

On the cusp of his imminent ascendancy to prime ministership in Pakistan, Imran, a regressive politician by most accounts despite his hugely privileged and elitist upbringing, has been in the nation’s Pakistani political fray for over two decades now. The cosmopolitan cricketer in him, unapologetically self-absorbed towards the end, excused himself long ago, except for perhaps when continuing to bat for Inzamam, Mohd Sami and Younis Khan on public fora predictably hungry for his view. But we evidently haven’t given up on the cricketer in him, flogging away the idea despite his complicit compromises politically with the Pakistan army and a Taliban-isation of any philosophy that he practiced on way to the PM’s post.

We all know the current-day Imran and Pakistan is not Imran and the Pakistan dressing room that once was. For us, to keep invoking the supreme captain eulogy and believe it is thus would be grossly trivializing the quagmire of issues that lie before him today.

At another level then, viewing complex socio-political challenges through the prism of sport with its many ups and downs and romantic notions of lessons learnt, is perhaps over glorifying the idea of sport in our lives. One was to do with winning, winning hard but fair and within the code of rules seemingly set in stone. The other is running a country, with all its pulls and pressures, tugs and tangents and doing so, democratically. They can never be the same thing.

Imran was arguably among modern cricket’s greatest captains. Fiercely protective of Pakistani pride, perhaps his greatest legacy, apart from making Pakistan a cricketing unit to be fearful of for all time, was to vocally advocate the introduction of neutral umpires in cricket. In striving to protect his country’s image as cricketing power, a tough, unforgiving outpost constantly under cloud with suspicions of biased umpires alleged by visiting teams, he was a visionary. But when has an ancient sport shaped in the playgrounds of Oxford ever truly mirrored life, or indeed, a complex subcontinental society as Pakistan’s?

The other slightly tricky issue is that sport – both as participation and contest — was never meant to be democratic. Inspirational like we’ve ever seen, with him and his teams taking particular relish in repeatedly showing a sub-par India its place, Imran, stats will tell you, was a winning captain. What they won’t tell you is that was usually an autocratic leader, a feature not gone unmissed, even envied this side of the border. In his book, Imperfect, Sanjay Manjrekar reserves unstinting adulation for the Pathan cricketing-leader, even going to the extent of hinting that many of his own senior teammates, riven by personal interests, came up woefully short. Imran was the shining example of what a captain should be. Perhaps cricket, for all its lessons of life, demands that of a leader. Ruthlessness is a necessary pre-requisite, the collective is important but inclusion could detrimental to the overall aim.

It’s a uniquely flawed model honed in a medieval mindset – like perhaps all form of sport is – where tenets of comradeship, brotherhood and democratic discourse can be sacrificed in the relentless pursuit of one aim – Victory.

Today, Imran Khan’s battles start after having claimed victory, with or without neutral umpires. We need to remind ourselves of Imran, Pakistan’s captain who led from the front but brooked no dissent. That he won, and won handsomely at that, meant that those dissenters had no place or say in the larger legend. He was famous as a veritable one-man selection committee, his word final. Such was the undiscovered talent Pakistan was brimming with then, he could draw himself out of his Lahore home, drive around and discover at some obscure training ground, a raw, callow Wasim Akram. He had that uncanny knack of spotting a winner, but it also meant that there was a structure, Pakistani cricket as a robust institution, cricketing mainstays like Majid Khan, Zaheer Abbas and the redoubtable Javed Miandad, that he could hope to exploit and benefit from. Today’s Pakistan is anything but that, and maybe, Imran Khan is himself quite far away from the man we once knew. Or maybe, we relied too much, too simplistically on cricket – and sport – to give us answers and meaning to everyday life and its politics.