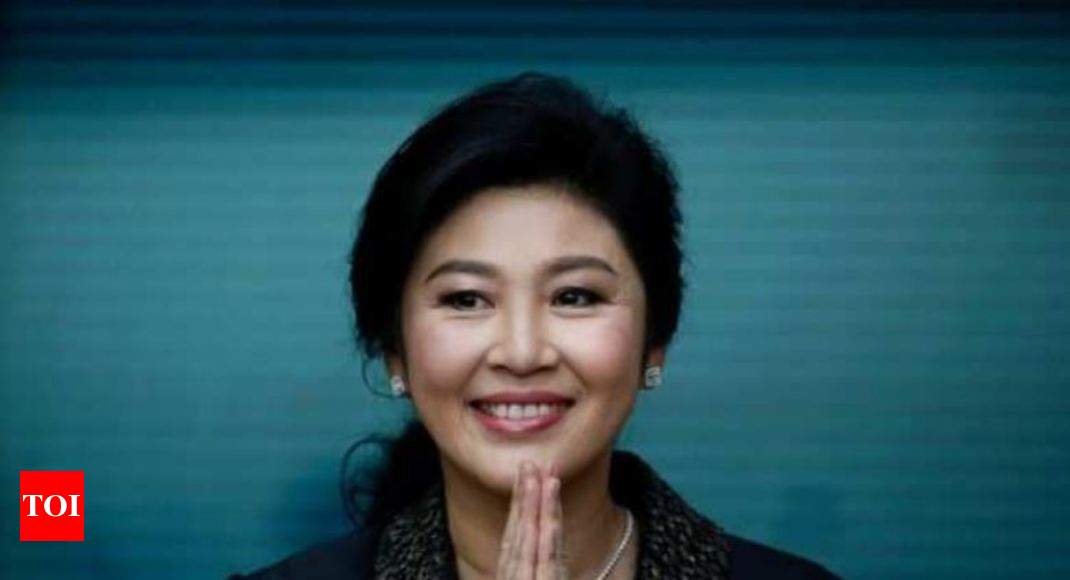 BANGKOK: Thailand’s junta wants Britain to extradite ousted leader Yingluck Shinawatra, according to a recent request seen by AFP, in a move denounced as “political”.

Yingluck, whose elected government was toppled in a 2014 coup, fled the country in August 2017 after being charged over her government’s failed rice policy.

She was sentenced in absentia a month later to five years in prison for failing to stop graft in the programme — a case lambasted by her supporters as part of a junta effort to drive the ex-premier’s family out of politics.

Reports placed her in Dubai and then London, as rumours swirled that she was seeking asylum in Britain. Images of her purportedly in Japan, Singapore and China have cropped up on social media and in local reports.

The government “hereby requests the extradition of Miss Yingluck Shinawatra, a Thai citizen, believed to reside within the United Kingdom,” said a letter from the Thai embassy in London seen by AFP on Thursday.

Britain, which has an extradition agreement with Thailand, does not comment on the immigration status of any individual.

But Pheu Thai, the party formerly led by Yingluck, said the request dated July 5 was authentic.

Yingluck and her brother Thaksin — also a former prime minister who lives in exile — embody one side of Thailand’s fractured political landscape.

Chaikasem Nititsiri, a senior member of Pheu Thai, said he does not believe the extradition request will be honoured because of the nature of the charges against Yingluck.

“This case is clearly political since it began,” he said.

The wealthy Shinawatras are wildly popular in the country’s rural heartlands, where voters wooed by their welfare schemes have helped them dominate elections for the past decade.

But they have been branded corrupt opportunists by Bangkok’s army-allied elite, who have used coups, court rulings and protests to bring down their administrations.

Thailand’s junta has promised elections will be held early next year but even with the polls, democracy will be limited.

The junta drafted a charter that curbs the power of politicians and calls for an upper house whose members are appointed not elected.