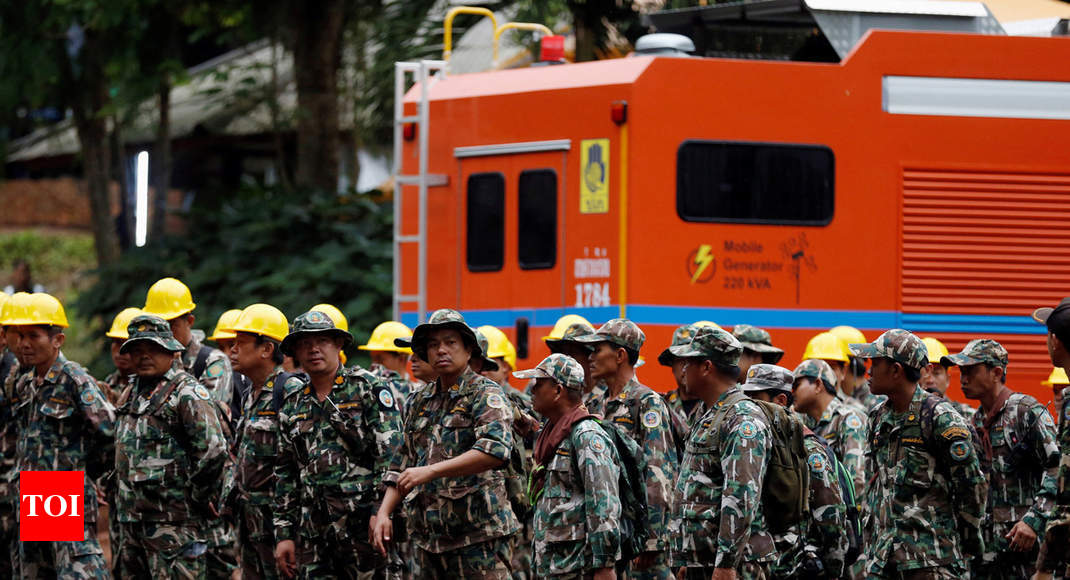 With the fate of 12 Thai boys and their football coach hanging in the balance as rescuers race against time to evacuate them from a flooded cave in northern Thailand, India has offered the services of the engineering company Kirloskar to help in the evacuation process.

In a letter to the Thailand government, the Indian ambassador to Bangkok, Bhagwant Bishnoi said, India would be willing to offer “technical expertise” of the company Kirloskar, which has a subsidiary in Bangkok. The company has a great deal of expertise in pumping out flood water, having been a partner in the rehabilitation of Bangkok city after the floods of 2011.

“The said company has worked with the Royal government of Thailand in projects such as Bangkok Metropolitan Administration-Khlong Bang Sue Drainage Project and vertical mixed flow for flood water and raw water transfer with the department of water resources – Bung Boraphet, Nakorn Sawan.” An official response of gratitude was tweeted by the Thai ambassador to India, Chutintorn Gongsakdi.

The latest news from Thailand says the boys are weak but safe after nine days of being trapped. The Thai military is believed to be supplying food to them for about 4 months while they struggle with options to bring them out, which may include giving them diving lessons. The main idea though is to drain the Tham Luang cave complex, in Thailand’s Chiang Rai province, which has been flooded by heavy monsoon rains.

If the Indian company can be used to flush out the flood waters, they reckon the rescue effort can be speeded up. The boys were first spotted by a team of British divers who negotiated a tricky passage to get to them. According to reports, over 1,000 people from all over the world are engaged in the rescue effort.