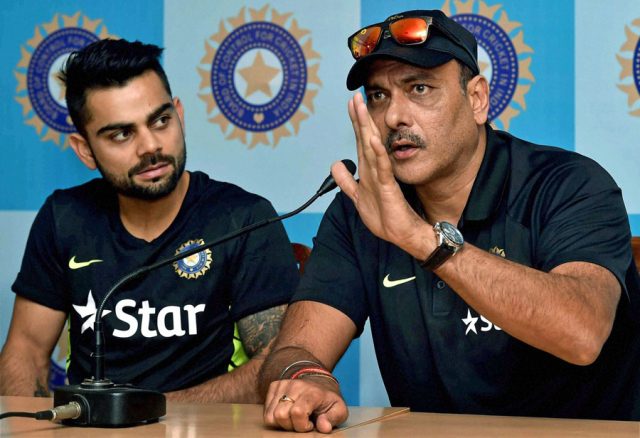 Many felt India would have done much better if they had arrived in South Africa few weeks earlier and prepared well. Even head coach Ravi Shastri opined the same yesterday (January 22) ahead of the third and final Test against the Proteas. But Shastri’s views were completely different from the captain Virat Kohli.

In any team sport, there are bound to be different opinions. Shastri had clearly mentioned that skipper Kohli is the “boss” of the side and as a coach his job was to give suggestions.

After the second Test defeat in Centurion, Kohli was asked whether India would have benefited by coming early to South Africa. He said it would have not made any difference.

Kohli was asked this, “In hindsight, do you think you should have come early here (South Africa) to prepare for the series?”

The Delhi batsman said, “See, I don’t believe in that. We had a result in three days in Cape Town and we had no complaints and we really enjoyed the pitch we played on because we had an equal chance of winning the game there. We were not good enough to do that, that’s a different thing but it wasn’t like we were set a total, the team had declared and we were outplayed. We had opportunities in both the games, that’s probably the smallest positive that we can think of at this moment.”

On Monday, Shastri had a different view to his captain. He said 10 more days of preparation in South Africa would have made a difference to the results.

“First of all, overseas conditions. Conditions back home, we are familiar with. We shouldn’t be in positions where you have to fight back (in India). That is the bottom line as far as I am concerned. We fought back, we did well. Here conditions are different. In hindsight I would say another 10 days of practice here, would have made a difference. But that is no excuse.

“Unfortunately the schedule was such that you had matches. But I am sure, henceforth in future, when itineraries are made, that will be taken into account, there is absolutely no doubt about that. You get there couple of weeks earlier and then prepare,” the former India captain said.

The third Test between India and South Africa starts tomorrow (January 24) in Johannesburg. The Tests will be followed by six ODIs and three T20Is.