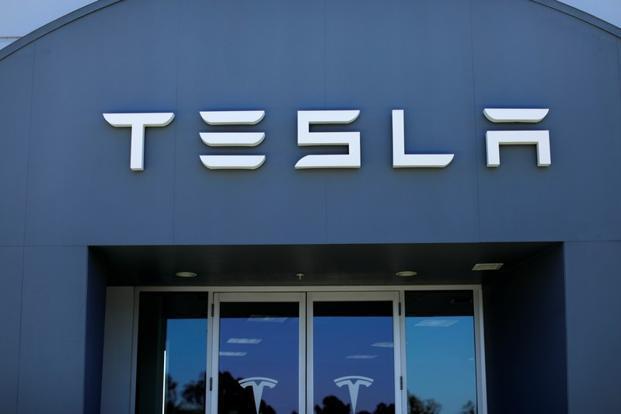 San Francisco: It didn’t take long for the euphoria to fade.

Two days after Elon Musk triggered a frantic rally with a tweet saying he was considering taking Tesla Inc. private, the stock erased all of those gains.

Doubts have mounted about Musk’s ability to take the electric-car maker off the market, sending the stock tumbling 4.8% to $352.45 on Thursday, well off the $420 at which Musk said shareholders would be bought out. The shares have dropped on back-to-back days after jumping 11% on Tuesday, when Musk vowed that he had “funding secured” at a spectacular $82 billion valuation.

Since that initial tweet, Musk has offered no evidence to back up the statement. Nor has anyone stepped forward publicly—or privately—to say they’re behind the plan. People with or close to 15 financial institutions and technology firms who spoke on the condition of anonymity said they weren’t aware of financing having been locked in before Musk’s posts.

“I don’t really understand the idea of what was suggested in the potential for them to go private,” Dick Weil, chief executive officer of $370 billion asset manager Janus Henderson Group, said in an interview with Bloomberg Television. “That’s obviously an incredibly large valuation to somehow take into the private market.”

The dearth of details could be problematic. The Securities and Exchange Commission (SEC) already had been gathering general information about Tesla’s public pronouncements regarding manufacturing goals and sales targets, according to two people who asked not to be named because the review is private.Now, the attorneys are also examining whether Musk’s tweet about having funding to buy out the company was meant to be factual, according to one of the people.

“When Musk tweeted this, was he saying this was something that was definitely going to happen? Something that might happen?” said Ira Matetsky, a partner at Ganfer Shore Leeds & Zauderer in New York. “How would a reasonable investor interpret that and was it consistent with the facts as they existed at the time?”

Musk had first raised the go-private possibility with the board last week, according to a statement from six of Tesla’s nine directors. They said he had “addressed the funding for this to occur,” without providing details.

As for Tesla shareholders, Musk said in one of his Twitter posts that “investor support is confirmed” for his plan. The company’s largest shareholders have declined to comment. A spokeswoman for the California State Teachers’ Retirement System, which held about 279,000 shares as of the end of June, said there was no heads-up given.

“We have not been contacted by Tesla IR,” said Michelle Mussuto, the spokeswoman. “They didn’t reach out before the tweet either.”

Leaving the public marketplace isn’t a new vision for Musk. “I wish we could be private with Tesla,” he told Rolling Stone in an interview published in November. “It actually makes us less efficient to be a public company.”

In April 2017, when Musk held talks with Masayoshi Son about SoftBank Group Corp. investing in the electric carmaker, they touched on the possibility of fulfilling Musk’s wish, according to two people with knowledge of the discussions. The talks failed to progress due to disagreements over ownership and have not started up again.

Musk’s personal stake in Tesla is almost 20%, meaning he would need roughly $70 billion to take it out of the market. That kind of money may be accessible through sovereign wealth funds or other strategic investors, said Dwight Scott, president of Blackstone Group LP’s GSO Capital Partners. The money-losing and cash-burning company is an unlikely candidate for debt investors to be willing to help go private.

It’s possible Musk could persuade some large institutional and strategic investors to either newly become or remain shareholders in the private company, which could reduce his funding needs, said Toni Sacconaghi, an analyst at Bernstein who has long been bearish on Tesla shares.

But “if no firmer details emerge,” he wrote in a report to clients, “investors would likely increasingly debate Musk’s credibility and seemingly unhealthy focus on the shares’ price and volatility.”

It’s also possible Musk has some unconventional plan that would take Tesla private without using traditional sources. On Twitter, he alluded to the creation of a “special purpose fund enabling anyone to stay with Tesla.”

Morgan Stanley analyst Adam Jonas said investors would be slow to forgive if no buyout transpires.

“A failed attempt at a deal would create new challenges for Tesla as a stand-alone public company,” wrote Jonas, who rates the stock the equivalent of hold. “It may be challenging for Tesla shareholders to fathom the ‘forget-about-the-going-private-thing-let’s-go-back-to-normal’ scenario.”