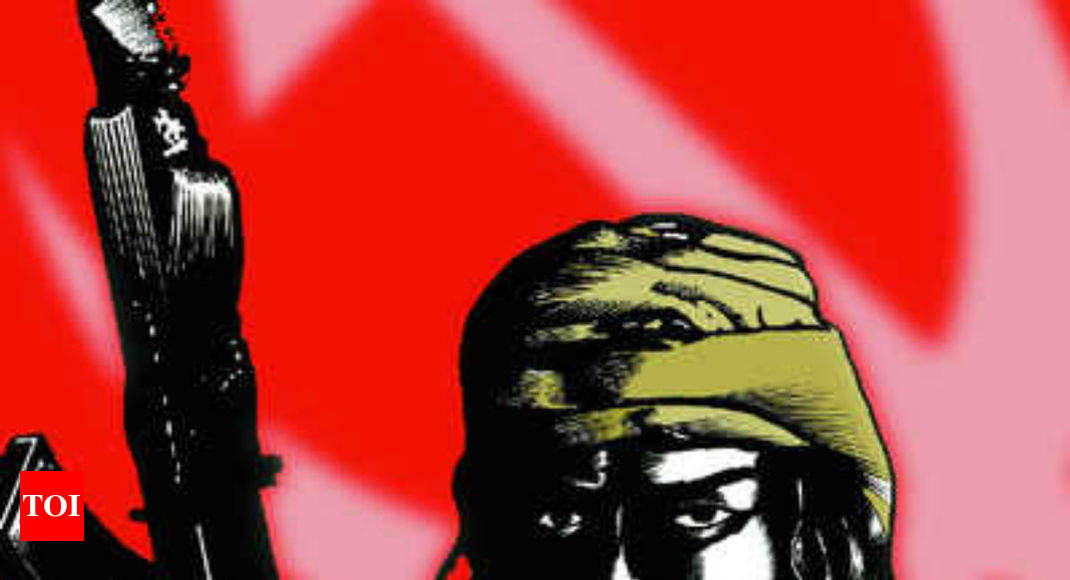 RAIPUR: Ten Naxals, including three women, surrendered in Chhattisgarh’s insurgency-hit Narayanpur district, police said on Saturday. Four of them were carrying cash rewards on their heads.

They turned themselves in before Inspector General of Police (Bastar range) Vivekanand Sinha and officials of the Indo-Tibetan Border Police (ITBP) at Narayanpur, district Superintendent of Police Jitendra Shukla told PTI.

The surrendered cadres also handed over two muzzle-loading guns to police, he added.

Among them, Santu Ram Vadde alias Karan (21), `deputy commander’ of Dandakaranya communication team of Maoists, was carrying a reward of Rs 5 lakh on his head, Shukla said.

Vadde was skilled in operating and repairing wireless sets and preparing switches for Improvised Explosive Devices (IEDs), the SP said.

Ghasi Ram Nureti (25) and Sanno Nureti (22), a woman Naxal, were active as Kader militia commander and a member of the Kutur Local Organisation Squad, respectively, he said.

The two were carrying rewards of Rs 1 lakh on their heads.

Lakhmu Nureti (30), who was the head of Kader Janatana Sarkar of Maoists, was also carrying a reward of Rs 1 lakh on his head.

Rest of the surrendered cadres, including two women, were Maoist militia members, the SP said.

All of them told police that they were frustrated with exploitation, atrocities and violence at the hands of senior Naxal leaders, and wanted to see development reach the area, Shukla said.

They will be provided assistance as per the surrender and rehabilitation policy of the state government, he said.