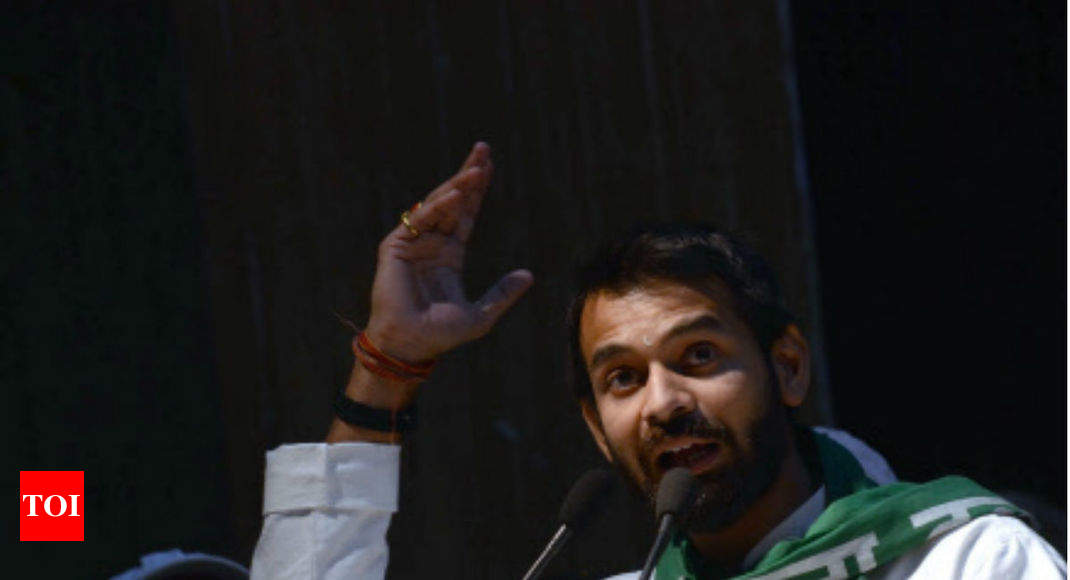 PATNA: RJD chief Lalu Prasad’s elder son Tej Pratap Yadav claimed on Monday evening that his official Facebook account was hacked following a controversial post in which it was stated that he is compelled to consider quitting politics as even his mother and former Bihar CM Rabri Devi have not paid attention to the issues faced by him within the party.

In a long post on Tej Pratap’s Facebook account, it was stated that he was told by people in his constituency that RJD leaders Om Prakash Yadav and MLC Subodh Kumar Rai were trying to harm his reputation by referring to him as “pagal” and “sanki” (mentally disturbed). However, when he raised the issue with both Lalu and Rabri, his mother scolded him instead of acting against the two RJD leaders.

The post also stated that Om Prakash and Subodh referred to Tej as “Joru ka Ghulam” (slave of his wife).

However, the post was deleted within half an hour, and Tej made two new posts, claiming that his account was hacked by BJP- RSS. “The IT (information technology) cell of RSS- BJP hacked my Facebook account and tried to defame my family. Wrong things were written about me and my mother. Earlier also, my father’s page was hacked by an RSS supporter and he was jailed for many days for it. Opposition is jittery by our impact and stooped to lowest level of politics,” Tej made a post at 9:44 pm on Monday.

In another post, he claimed that his “hacked” account was recovered with the help of Facebook. “BJP people are continuously trying to hack my account. Today, we succeeded in it and tried to create a false image of rift in my family and party. Tejashwi is my “Arjun” and he would continue to remain the same,” Tej stated.

Earlier in June, Tej had triggered a row by saying that some senior leaders in the party were sidelining him. He had posted a tweet, making reference to epic tale of Mahabharata, saying he was contemplating giving the throne to his younger brother and leader of ppposition Tejashwi Prasad Yadav, whom he often refers to as “Arjun”.