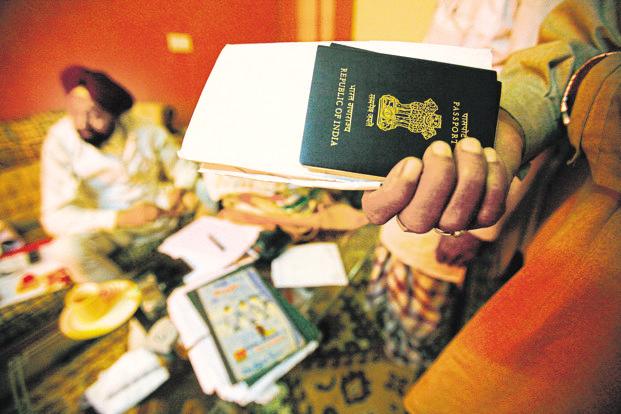 It is necessary that individuals migrating from India take note of their tax compliance requirements in the year of migration and the future years. Photo: Mint

Historically, individuals have migrated from one country to another for various social and economic reasons like better quality of living, education, employment and business opportunities, law and order conditions.

A report titled 2017 Global Wealth Review: Worldwide Wealth and Wealth Migration was released a few months ago that highlighted the trend of migration among high net-worth individuals (HNIs) in the last decade.

In the Indian context, it reported a 50% jump in the number of HNIs leaving India in 2016 over 2015 to migrate to another country. According to the report, HNIs are defined as individuals who have assets over $1 million.

In the recent past, the migration has typically been from developing countries to the developed ones. Among the various factors influencing migration, the high rate of tax and complexity of the regulatory regime in India may also be a factor that has seen the growth in HNIs migrating to other countries.

The peak tax rate in India, including surcharge and cess, applicable for an individual with income above Rs.1 crore is 35.88%. Combined with dividend distribution tax and indirect taxes applicable in the country, an individual ends up paying a significant part of his income in taxes. Comparatively, countries in the neighbourhood like Singapore and Hong Kong have a much lesser peak rate of 22% and 17%, respectively.

Taxation in India is based on tax residential status and not linked to citizenship. On the positive side, India does not impose any tax on change in citizenship. Further, there is no wealth tax or inheritance tax under the current tax regime. As a result, individuals, especially HNIs, are able to migrate without incurring any tax cost at the time of migration. When an individual migrates, there could be a change in his tax residency status.

Expectedly, the Indian government took cognizance of this trend, and the Central Board of Direct Taxes (CBDT, the apex tax administration body in India) has set up a working group to look into taxation aspects of such HNIs. This working group is expected to make suggestions on policy matters in respect of tax risks of migrating HNIs. Under Indian tax laws, tax residential status depends on a combination of stay days in India during the current fiscal year and previous fiscal years. Residential status is further divided into: (a) resident and ordinary resident (ROR), (b) resident but not ordinary resident (NOR), and (c) non-resident (NR). Broadly, resident individuals are taxed in India on their global income while non-residents are liable to tax on income that is received/deemed to be received or which accrues/arises or is deemed to accrue/arise in India.

In recent years, India has introduced mandatory foreign asset reporting requirements for individuals who are RORs, in case their taxable income exceeds a certain threshold level.

There is a relaxation on foreign asset reporting in case of RORs who are not Indian citizens. In that case, foreign assets acquired prior to becoming Indian tax resident are required to be reported only if any income was earned from such assets in the current tax year. It is pertinent to note that a ‘non-resident’ is not required to report any foreign income or assets details in his Indian tax return.

It is important to note that individuals who are domiciled in India are required to submit certain information to tax authorities at the time of departure from India. The information is furnished by filing ‘Form-30C’, which is effectively an intimation to the tax authorities regarding the purpose and duration of his/her overseas travel, along with relevant supporting documents such as a copy of PAN card, passport, previous year tax return forms, etc.

In certain cases, the individual may be required to obtain an ‘income-tax clearance certificate’ to the effect that there are no pending tax liabilities in India or that satisfactory arrangements have been made for payment of all or any taxes that may become payable by the individual. Also, the tax authorities can ask the immigration authorities to stop an individual from boarding at the airport/other ports if one does not have the certificate.

HNIs who have migrated outside India need to be cautious about their Indian tax residency status and the ensuing tax payment/filing obligations. It is possible that a person who has migrated continues to qualify as an ROR in the first year and is liable to all the tax compliances in India. Compliances would include quarterly payment of advance tax, filing of tax return, reporting foreign assets/income in India, as applicable.

HNIs qualifying as NRs would continue to be liable to tax in India on income from assets situated in India, e.g. rent received from property in India, interest on specified bank deposits, capital gains arising in India, etc., subject to the double tax avoidance agreement (tax treaty) between India and their new country of residence.

India has signed tax treaties with over 90 countries and the treaty framework allows residents to claim a credit against their Indian tax liability for income tax paid abroad on income arising abroad, which is also taxed in India.

Some tax treaties also provide a beneficial rate of tax in case of certain income streams, e.g. ‘interest income’ is liable to tax at 15% or 10% under the tax treaty as against the rates as per the tax slab. It is important to note that non-filing tax return can result in interest, penalties and other consequences under the tax laws.

It is necessary that individuals migrating from India take note of their tax compliance requirements in the year of migration and the future years, to ensure that they do not face any challenge. After all, it’s better to be safe than sorry later!

1. What is the income threshold for reporting foreign assets?

Residents and ordinary residents (RORs), whose taxable income during the financial year is Rs.50 lakh or above, are required to report the specified foreign assets.

2. Where are the foreign asset details to be reported?

Specified foreign assets are to be reported in ‘Schedule FA’ (i.e. Schedule for Fixed Assets), which forms part of tax return forms ITR 2 and ITR 3.

3. What are the foreign assets/investments to be reported by an ROR?

The details of following foreign assets held anytime during the financial year are required to be reported:

• Any other capital asset held (including any beneficial interest)

• Details of trusts, created under the laws of a country outside India, in which individual is a trustee, beneficiary or settlor

• Details of any income derived from any source outside India.

Rajashree Sarna contributed to this article.

You can send your queries to vikas.vasal@in.gt.com