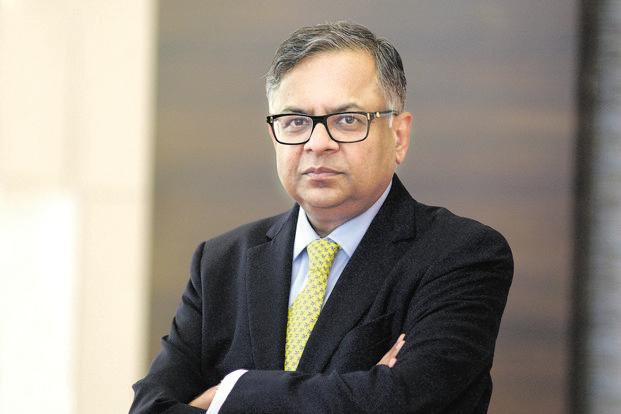 New Delhi/Mumbai: The best-laid plans can often go awry, and the Tata group is learning it the hard way in trying to exit its telecom business.

Tata Sons Ltd chairman N. Chandrasekaran has sketched an ambitious blueprint to exit unviable businesses since he took charge in February 2017, but his plan to get rid of Tata Teleservices Ltd by selling it piecemeal is still stuck.

The Tata group’s October 2017 decision to sell the consumer businesses of Tata Teleservices Ltd and Tata Teleservices (Maharashtra) Ltd to Bharti Airtel Ltd, and merge their enterprise business with Tata Communications Ltd, has made little headway. The reason: the government wants to know who will pay Tata Tele’s ₹ 10,000 crore dues, and is not particularly excited about the enterprise business deal.

“We have asked them (Tata Sons) who will clear dues. They are not clear (about) what they want, what they (Tata Tele) will keep, what will go (to Airtel), who will be responsible for what. They are not able to come out with a clear-cut proposal,” a senior government official said, requesting anonymity.

In July, Tata Sons wrote to the department of telecommunications (DoT) that the dues in spectrum-related charges and licence fees would be assumed either by Tata Communications or the parent company Tata Sons itself.

“We are not going to simply accept a letter written by Tata Sons. They have to give a bank guarantee,” the official said.

The Tata group is selling Tata Teleservices to Airtel virtually for free, with the latter acquiring the assets on a debt-free, cash-free basis, except for assuming a fraction of its unpaid spectrum fees.

Unpaid dues are a perpetual bone of contention between the government and telcos and recently, the telecom department approved the merger of Vodafone India Ltd and Idea Cellular Ltd only after they paid up ₹ 7,200 crore.

Tata Tele’s dues will need to be cleared soon, too, as Airtel has initiated the process of seeking the approval of the National Company Law Tribunal (NCLT) for the deal, after which it will need final approval from DoT.

“The enterprise business cannot work well as a standalone business. How many subscribers will you have? Very few. They can be easily poached (by rivals). Moreover, telecom is a game of volume and footprint,” a second government official said, requesting anonymity.

In May, Chandrasekaran had also met telecom secretary Aruna Sundararajan to discuss the demerger of its telecom arms.

There are concerns from minority shareholders of Tata Communications as well. This is more so as the company, which holds a stake in Tata Teleservices, recognized a loss of ₹ 515.53 crore under the head “other comprehensive income” for 2017-18, as against ₹ 166.71 crore for 2016-17.

“A section of minority shareholders of Tata Communications are not in favour of the company raising further debt to acquire the business from Tata Teleservices. They (shareholders) feel that the acquisition will prove to be financially detrimental for Tata Communications, which already has elevated debt levels,” said a person directly aware of the ongoing discussions.

As of 31 March, the outstanding principal amount of debt was approximately ₹ 523.90 crore for Tata Communications on a stand-alone basis and ₹ 8,926.97 crore on a consolidated basis.

“Since January this year, the Tata Communications board has discussed this matter on several occasions and yet, there has been no final decision. Contentious issues include the valuation and the resulting debt on books,” a second person aware of the discussions said.

At the first stage itself, Tata Communications requires the government’s support as a shareholder to proceed with the acquisition, in addition to a later-stage approval from the telecom regulator. Also, the government’s stake would be diluted in the proposed merger entity.

“We have not received a clear-cut proposal from them (Tata Communications). When the proposal comes, it will be examined in a different way. This is not just any merger case. We own a part of the company (Tata Communications). For us, if at all a single paisa is going to be hit, then we will not agree. We will want to be compensated properly,” the first government official cited before said. The government also wants to be involved in the valuation of Tata Teleservices.

“We would like the valuation (of Tata Teleservices) to happen in a fair manner at an arm’s length. We will want right of refusal. Whatever highest price is there… whosoever gives you the highest price, on that price you must offer to the government also,” the official said.

Since Tata Sons owns shares in both Tata Communications and Tata Teleservices, it has to make up its mind on whether to join the voting on the proposed enterprise business acquisition, or recuse itself, as it is a related-party transaction.

Tata Sons and Tata Communications declined to comment on the story while emails sent to Tata Teleservices and DoT were unanswered till the time of going to press.

“We believe that the proposed acquisition would be a good fit for us and our customers by helping us to consolidate our market size, imp-rove our product penetration ratio, increase capillarity and diversity of our current network and also reduce our network dependencies on third parties,” Tata Communications said in its annual report for 2017-18.