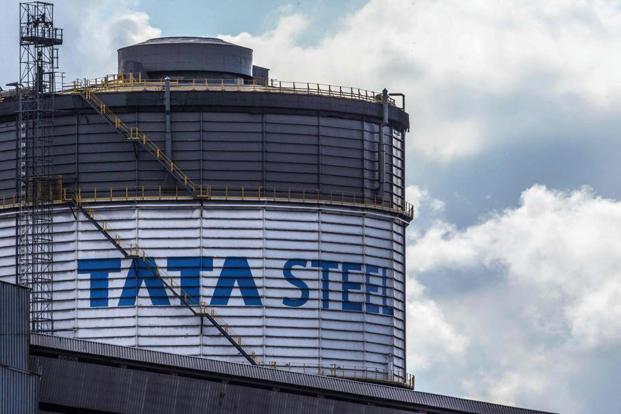 A three-judge panel of the Supreme Court headed by CJI Dipak Misra refused urgent hearing of Tata Steel’s plea and scheduled the matter for 10 August.

A lawyer representing Tata Steel informed the court that the company has sought urgent hearing on the matter as lenders may take a decision on resolution plans.

However, the three-judge panel headed by Chief Justice of India Dipak Misra refused urgent hearing of Tata Steel’s plea and scheduled the matter for 10 August. 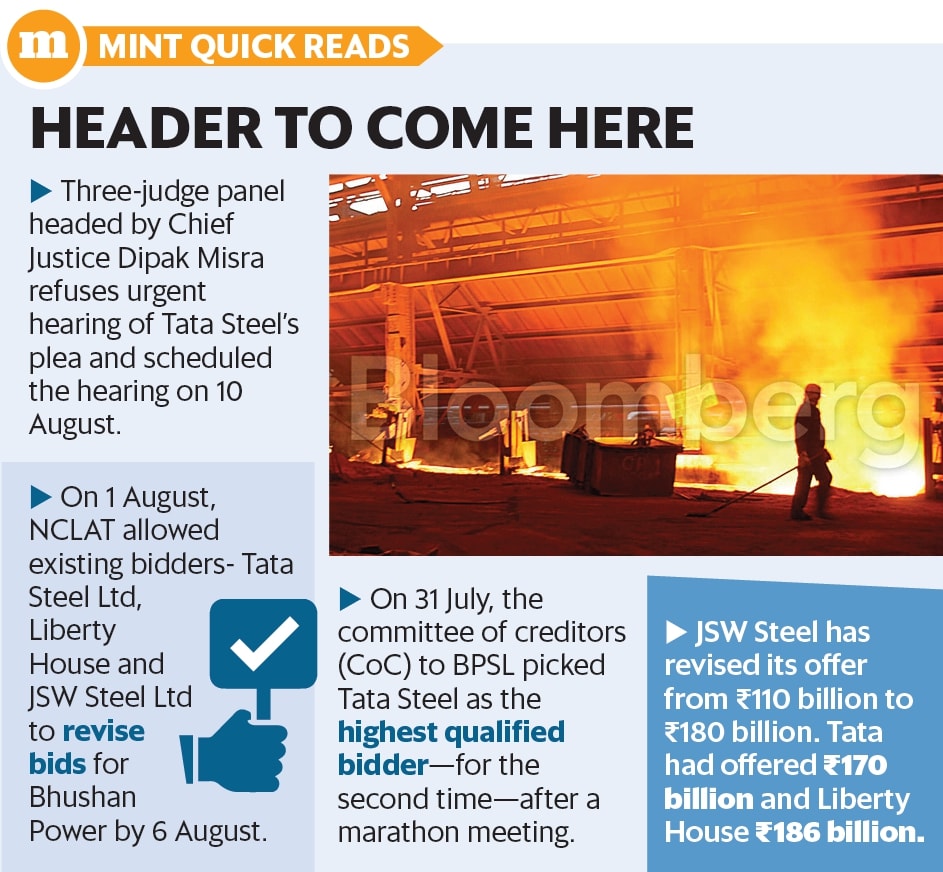 A two-judge NCLAT bench, headed by justice S.J. Mukhopadhyay, directed the committee of creditors (CoC) to decide on the revised bids and keep it in a sealed cover.

The bench said only the financial part of the bids can be changed.

The move came as a big blow for Tata Steel, which had been declared the highest qualified bidder, for the second time, by the CoC on Tuesday.

On 20 July, NCLAT had directed the CoC to consider resolution plans submitted by Tata Steel, Liberty House and JSW Steel. It had also directed the CoC to call all the three bidders, along with operational creditors and the suspended board of directors of Bhushan Power and Steel, to the meeting.

UK-based Liberty House had alleged it was not informed about the meeting.

BPSL, which owes more than ₹48,500 crore to a consortium of lenders led by Punjab National Bank (PNB), is one of the 12 large companies identified by the Reserve Bank of India (RBI) for early insolvency resolution.

The resolution period for the company was to end on 23 June.

However, the appellate tribunal has said that the duration of the pending appeal be excluded from the 270-day resolution time frame for the completion of the corporate insolvency process.