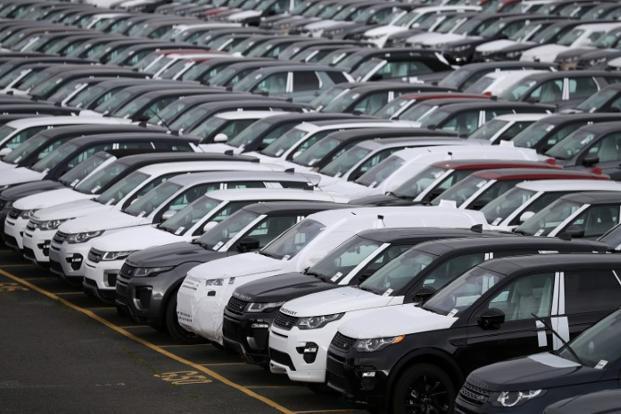 Shares of Tata Motors Ltd on Wednesday fell as much as 6% as many brokerage cut their target price after the company posted its worst loss in nine years due to subdued performance at Jaguar Land Rover (JLR) unit even as standalone performance continued to improve. The stock touched a low of Rs 248 a share and fell as much as 6.11% in intraday. At 10 am, Tata Motors was trading at Rs 256.20 on BSE, down 3% from previous close. So far this year, Tata Motors shares have fallen 41%. Tata Motors DVR shares fell 3% to Rs 139.90 a share.

JLR performance was impacted by headwinds such as a decline in wholesales, led by planned de-stocking and sales deferral in China post import duty cuts. In addition, impact of Brexit and diesel uncertainly continued to dampen the performance.

“JLR performancs were sharply below estimate due to channel de-stocking, higher incentives in China ahead of tariff cuts and number of other factors. While many seem one-offs, such disappointments have been a recurring issue for JLR in a weak environment. India business delivered a large beat helped by sharp improvement in passenger vehicles. We cut our price target to factor in weaker prospects for JLR but undemanding valuation post steep correction makes risk-reward favorable,” said Jefferies India in a note to its investors.

The brokerage firm has maintained its “buy” rating but cut its target price to Rs 355 a share from Rs 440 a share.

Management has maintained its EBIT margin guidance for both JLR and standalone business at 4-7% and 3-5% respectively over FY19-21 estimates.

“Basis the current headwinds in major market like UK, Europe and to some extent US, we estimate 5% CAGR in JLR volumes (wholesale excl. China) over FY18-20E. During the same period, domestic CVs and PVs are likely to record 15%/12% CAGR, driven by new models launches and network expansion. Higher-than-estimated stress in JLR volume / margin and adverse currency movements are key risks to our view,” said JM Financial in a note to its investors. JM Financial has maintained its buy rating on the stock and cut ints target price to Rs 400 from Rs 490 a share

Kotak Institutional Equities has maintained buy rating but reduced its target price to Rs 420 a share from Rs 445 earlier. “The cut in target price is driven by 2-6% cut in our earnings estimates largely due to significant reduction in JLR China JV estimates,” Kotak said in a report.

Of the analysts covering the stock, 29 have a “buy” rating, nine have a “hold” rating, while two have a “sell” rating, according to Bloomberg data.